Mott MacDonald, in a joint venture with Coyne et Bellier, has been appointed by the Water and Power Development Authority (WAPDA) of Pakistan as design engineer for the 4th extension project at Tarbela Dam. 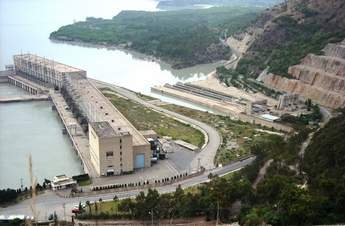 The project, with finance arranged by the World Bank, will extend the power generation facilities at Tarbela Dam on the Indus River. The extension is expected to add about 1000MW of electrical capacity to the national power system.

The dam, completed in 1974, was designed to store water from the River Indus for irrigation, flood control and the generation of hydroelectric power. There is currently an urgent need to add capacity to the system as the existing power generation capacity of Pakistan is not sufficient to meet the country’s rising demand for electricity.

Mott MacDonald has been appointed on the development of existing tunnel 4 which is to be used for power generation and is likely to add two units of 480MW each to the scheme. The company will carry out a detailed feasibility study to manage the implementation of the 4th extension so that it does not affect the irrigation release and sediment management. This will also include the modification of intake structure, the construction of a power house and the penstock between the outlet of the tunnel and the new powerhouse.

The project is due for completion around 2016 and has an estimated capital value of approximately US$500M.