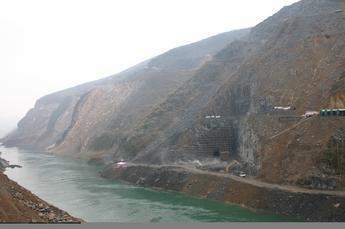 In a contract worth US$41M, Voith Siemens will supply four vertical Francis turbines, each with an output of 270MW. As each of the runners has a diameter of approximately 7m, exceeding the average transportation conditions, they will be fabricated onsite.

The commissioning of the first unit of the Si Lin project is scheduled for August 2008, with the plant due to be entirely connected to the grid in 2012. According to the Chinese government’s plans, the hydro power plant will deliver its electricity to the eastern provinces.