Ukrainian nuclear utility Energoatom in the first six months of 2015 bought fuel assemblies for Ukraine's nuclear plants worth $208.1m from Russian fuel company TVEL, according to the State Statistics Service. 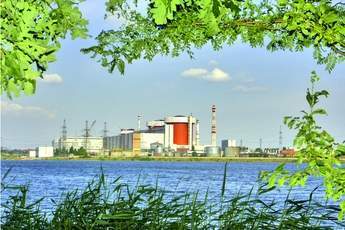 Ukrainian nuclear utility Energoatom in the first six months of 2015 bought fuel assemblies for Ukraine’s nuclear plants worth $208.1m from Russian fuel company TVEL, according to the State Statistics Service.

In 2013, Energoatom purchased fuel only from Russia totalling $600.6m.

Energoatom operates 15 nuclear Russian-designed VVER pressurised water reactor units with an installed capacity of 13.835GWt and has traditionally always purchased fuel from TVEL at relatively low prices. However for political reasons, Ukraine now plans to increase a share of Westinghouse’s fuel from 2016. "I hope that from 2016 five out of 18 deliveries will be from Westinghouse – currently 2 out of 13 deliveries come from Russia," energy and coal industry minister Vladimir Demchishin said in early August.

In December 2014, Energoatom and Westinghouse Electric signed a contract envisaging "a substantial increase in deliveries" of US nuclear fuel until 2020.

Ukraine is still returning its used fuel to Russia under a long-term contract, which is amended each year. The Mining and Chemical Combine received a batch of used nuclear fuel assemblies from South Ukraine 1 in early August, according to Russian state nuclear corporation Rosatom. However, Ukraine has been in talks with Areva over the past year on the possibility of sending its used fuel to France for processing. New arrangement will be necessary to deal with the used Westinghouse fuel as it will not be covered under the contract with Rosatom.