The UK Government has approved a £2bn ($3bn) financial guarantee for the £24.5bn Hinkley Point C nuclear power station to be built in Somerset. 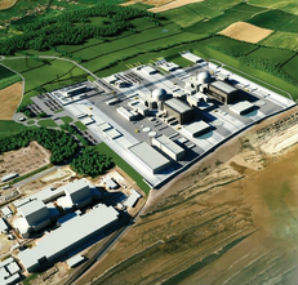 The UK Government has approved a £2bn ($3bn) financial guarantee for the £24.5bn Hinkley Point C nuclear power station to be built in Somerset.

EDF Energy already has letters of intent with CNNC and CGN to take 30-40% of the Hinkley Point C project between them.

The UK Treasury department said the deal is also expected to "open the door to unprecedented collaboration in the UK and China on the construction of new nuclear power stations."

EDF Energy CEO Vincent de Rivaz said in the Telegraph that the partnership would allow the Chinese companies to first participate in EPR projects led by EDF at Hinkley Point then at Sizewell in Suffolk, and finally for EDF to be a partner in a Chinese-led third project at Bradwell in Essex. However, Chinese companies will only be allowed to proceed with their technology if it passes the generic design assessment carried out by the UK Office for Nuclear Regulation.

Additionally, the Chancellor announced further progress designed to develop the UK-China civil nuclear partnership. The UK and China have jointly committed £50m over a five-year period, for a UK-China Joint Research and Innovation Centre (JRIC), to be based in the UK. The Centre will be established and run jointly by NNL and the China National Nuclear Corporation (CNNC) and will incorporate projects across the whole nuclear fuel cycle.