Theodor (Ted) Scheidegger has been named as the new CEO of the recently formed Solar & Hydro Division of Siemens Energy. 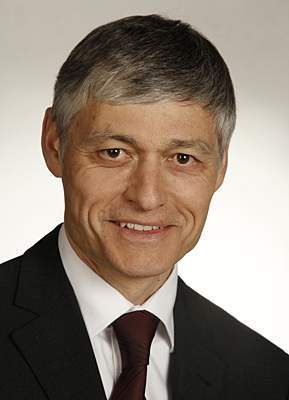 Scheidegger previously held executive positions in various companies, most recently as CEO of Sovello AG, one of the leading integrated suppliers of solar wafers, and solar cells and modules.

“We’re pleased to have secured a recognized leader with international experience in the solar industry as CEO of our new Solar & Hydro Division,” said Michael Suess, member of the Managing Board of AG and CEO of the Energy Sector.

Scheidegger studied information technology and production management, and began his professional career at Siemens after gaining a doctorate at the University of Kiel. He worked for Siemens for several years in Canada and then at Siemens Solar Industries in California. He subsequently held various executive positions at companies including Invensys, Emerson and the Precious Woods Group in Germany, Switzerland and the UK. Scheidegger is of dual Canadian/Swiss nationality. Scheidegger took up his new position on 10 November.

In October, Siemens bundled its activities in the fields of solar and hydropower into the new unit, which is also the center of competence for the development of energy storage technologies.