Swiss reputation on the line 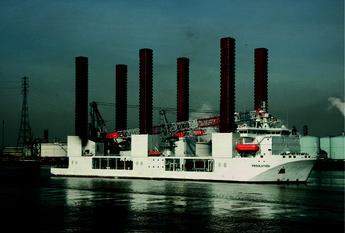 The UCTE’s investigation committee for the 28 September nationwide blackout has published its final report, which broadly confirms the findings of its interim report of in November last year. It found two primary causes for the blackout, namely the loss of the Lukmanier transmission line from Switzerland after an unsuccessful attempt at re-closure and the too-slow reaction of Swiss grid system operators once the inital trip had occurred. However its findings and recommendations have also raised doubts about existing security of supply matters and the efficacy of incident protocols, in particular application of the N-1 rule.

failure to re-close the Lukmanier (Mettlen-Lavorgo) line, kept open by automatic equipment that sensed a too-great phase angle difference, and the ‘lack of a sense of urgency regarding the San Bernardino (Sils-Soazza) line overload and call for adequate countermeasures in Italy’. The Etrans (Switzerland) line operators were unaware that the overload was only allowable for 15 minutes. An Etrans operator ’phoned the Italian operator GRTN ten minutes after the trip, asking for a load decrease of 300 MW, a request which was complied with 10 minutes later. This was within the schedule already agreed between Etrans and GRTN for the then existing state of the system. That meant that during this period the N-1 condition was being met and therefore the appropriate countermeasure for loss of the line, the shutting down of the 3500 MW of pumping energy at pumped storage facilities near the connection points to the Swiss tie line, was not enacted. In the event the pumps shut down automatically when the Italian system was isolated.

The UCTE has made a series of recommendations. It says that emergency procedures should be made mandatory, that a new operational handbook is required, that the frequency of Day Ahead Congestion Forecasts should be greater, that national regulations should include binding defence plans, and that, as a support tool for dynamic analysis and monitoring of the UCTE system, the onging wide area measurement system installation programme should be accelerated. It also recommends new tree trimming practices.