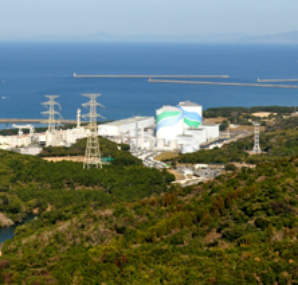 The final procedure in the ongoing inspection by the Nuclear Regulation Authority is scheduled for that day and if the regulators find no problems, the reactor will immediately start operating commercially. The maximum permitted period for uninterrupted commercial reactor operation is set at 13 months, which means Sendai 1 could run until October 2016 if it does not face any major problems.

Sendai 1 was the first reactor in Japan to be restarted under new regulatory standards introduced following the Fukushima accident. The reactor was restarted on 11 August but Kyushu Electric stopped work to increase the reactor’s output on 21 August, after some cooling water pipes were found to be damaged and taking in seawater. Company officials said they found that five of about 26,000 narrow pipes carrying seawater in a condenser were damaged and 470 litres of seawater had leaked.

The pipes were thought to be damaged by heat and high pressure in the condenser. Officials said the damaged parts had not been checked since 2006. Inspection procedures have been reviewed to carry out more frequent checks. The damaged pipes were plugged as well as 64 surrounding ones to prevent further leakage of seawater. The unit was generating power at 75% of capacity at the time of the suspension.