Philippines-based hydro developer Hedcor, a subsidiary of AboitizPower, has announced it is expected to begin construction of its Sabangan hydroelectric power project within the year upon completion of permitting requirements and securing a Certificate of Commerciality from the Department of Energy. 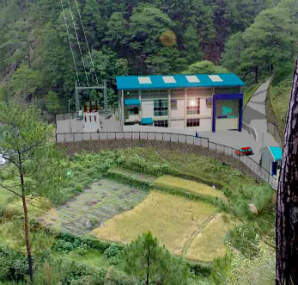 The Sabangan run-of-river hydroelectric project will be located in barangays Namatec and Napua and will harness power from the Chico River. Mountain Province Governor Mayaen has endorsed the project citing the benefits that the company would bring to the host barangays, the municipality and the province. Income from government shares, business and real property taxes, as well as community shares is seen to be around 15 million pesos.

Members of the Tinmakudo ancestral domain and the hosting barangays will likewise have a share in the power plant’s generation output. This is on top of other benefits mandated by law under ER 1-94.

Local landowners also stand to benefit from rentals for the project’s use of portions of their properties.

The construction phase is expected to take about 23 months, with hundreds of jobs for local residents in the offing as the company gives preferential employment to bona fide residents of the communities that host its power plants. Further, qualified residents will also be trained to operate and maintain the power plant.

The project will also entail the development of around 10km of access roads that will ultimately benefit locals as farm-to-market roads. The pipes that bring water to the hydro plant could also be tapped by local farmers as a source of irrigation of their crops.

The company will bring to the community its corporate social responsibility programs financially backed by the Aboitiz Foundation. These programs deliver social projects focused on education, health, livelihood and environmental awareness.

Hedcor is a wholly-owned subsidiary of AboitizPower with 19 run of river hydropower plants in Benguet, Ilocos Sur and Davao City and Davao del Sur with a total generating capacity of 155MWs.