Mavel has announced the successful commissioning of the refurbished Podluzany hydroelectric power plant on the Nitra river in Slovakia. 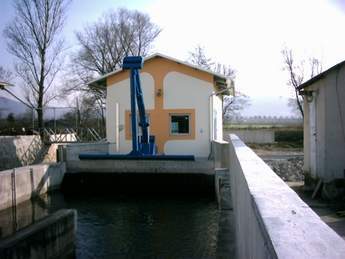 The Podluzany plant originally had one Francis turbine with an asynchronous generator installed with a permit for five additional micro MT5 turbines. Given changes in the energy sector, however, the owner, ZPMS Eneko, decided to install a Kaplan turbine instead of the micro units.

As part of its contract Mavel delivered one KA 1580 with runner diameter of 1580mm, three turbine blades and 16 guide vanes to the plant. Due to higher efficiencies, the Kaplan turbine is now running as the primary unit with the Francis turbine being put into operation at high or low flows.