Performance of Olkiluoto 1&2 improves in first half of 2013 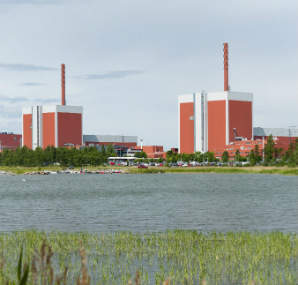 Annual outages were carried out at both units; between 12 May and 14 June 2013, according to operator TVO. The main maintenance activities during the 18-day outage at OL2 included replacement of the low-voltage switchgears and transformers; repair of the generator stator; refuelling; leak-tightness test of the containment and replacement of two seawater pumps. OL1 had a refueling outage which took less than eight days, TVO said.

In an update on its new nuclear projects, TVO confirmed that as of 30 June civil construction works on OL3 had been "mainly completed," and that about 2500 personnel were working onsite. Major components, including the reactor pressure vessel, pressurizer and four steam generators have been installed, and the primary coolant circuit pipeline has been welded. Installation of the fuel handling equipment had been completed and testing of the equipment in the fuel building was ongoing, according to TVO. TVO said, however, that "planning, documentation and licensing of the reactor plant automation are not yet completed."