New US regulations for SMRs

The US Nuclear Regulatory Commission (NRC) is to develop new emergency preparedness (EP) regulations and guidance for small modular reactors (SMRs) and other new reactor technologies. 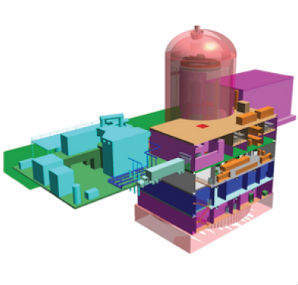 The US Nuclear Regulatory Commission (NRC) is to develop new emergency preparedness (EP) regulations and guidance for small modular reactors (SMRs) and other new reactor technologies.

Russ Bell, senior director for new plant licensing at the Washington-based Nuclear Energy Institute said the NRC’s action is timely, given the progress small reactor vendors and prospective customers are making to submit licensing documents to the NRC.

Currently NRC staff are engaged in pre-application activities for four SMR designs – NuScale SMR, B&W mPower, Holtec SMR-160 and Westinghouse SMR. Tennessee Valley Authority plans to seek an early site permit early next year for two or more small reactors at its Clinch River site in Tennessee. In addition, NuScale Power expects to submit by the end of 2016 a design certification application for its NuScale SMR, while Utah Associated Municipal Power Systems will apply for a combined construction and operating licence for the NuScale project by late 2017 or early 2018.

Holtec and Mitsubishi Electric Power Products Incorporated (MEPPI), the US subsidiary of Mitsubishi Electric Corporation, have signed a partnership to develop the instrumentation and control (I&C) systems for Holtec’s SMR-160. MEPPI will perform the design engineering work and will also lead development of the relevant licensing documents to enable construction and certification.

Holtec said the main features of the SMR-160 include its small footprint, minuscule site boundary dose, large inventory of coolant in the reactor vessel and its modularity – allowing project owners the freedom to effectively build the number of units to meet current and future demand. Holtec said in December 2013 that it would continue its SMR programme despite its unsuccessful application to the US Department of Energy for development funding.