Japan’s Fujiyoshida small hydro power plant is now back in operation following a refurbishment contract that has almost doubled its generating capacity. 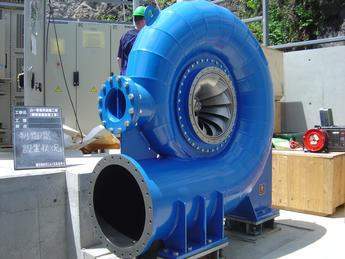 Himawari chose Mavel of the Czech Republic to carry out the design and engineering work. Scope of supply included a horizontal Francis turbine with spiral case and diameter of 450mm, sluice gates, trash racks and generator.

Electrical and control systems were supplied by CKD TurboTechnics, a Mavel subsidiary.

The new turbine has increased the plant’s capacity from 70kW to 132kW and is operating at a site near Mount Fuji, with a head of 16.5m and flow rate of 1m3/sec.