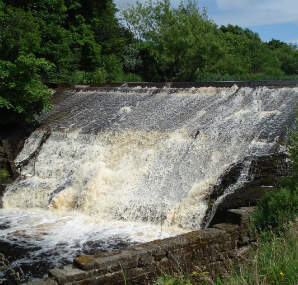 The project will see a former hydropower scheme which had been in place along the river from 1905 up to the mid-1980s re-instated and modernised. Much of the original site infrastructure, including the weir, mill race and pipelines remain in place and will be re-used as part of the proposed development.

SLR Energy Principal Richard Vernon, said: "Ireland has ambitious targets to increase the use of clean energy, including achieving a renewables contribution to gross electricity consumption of 40 per cent by 2020. Although much of the supply is expected to be sourced from wind, contributions from other sources, including hydropower, will be important.

"Ireland has abundant rainfall in parts of the country and in the past, many small towns and mills relied on hydropower to provide electricity."

SLR was initially tasked with taking river flow measurements over a year-long monitoring period to help establish the technical and economic viability of the scheme. Having established that the scheme was feasible the Dublin based team then prepared pre-planning documentation and commenced informal consultations with planning authorities, statutory bodies and interested third parties.

The consultation process was followed by the preliminary design of the scheme and preparation of a detailed Environmental Impact Statement. This focussed in particular on hydrological, ecological, visual and architectural heritage impacts. Permission was initially granted in 2012, but following an appeal to the national planning appeals board (An Bord Pleanála) SLR submitted additional information to secure final planning approval.