Although nuclear energy is regarded as one of the prominent sources of energy with a huge potential, the resultant nuclear waste generated can pose a significant risk to the environment if not handled properly. 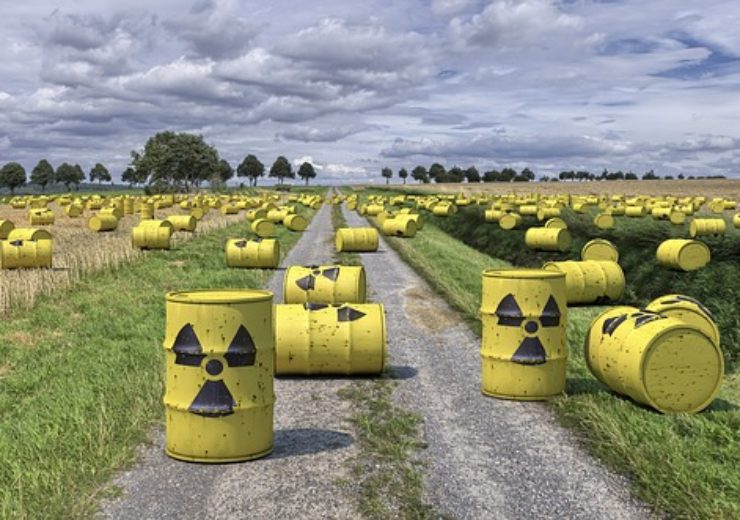 The vast amount of waste created by nuclear power plants can lead to high radiation and raise temperature levels. In recent years, many concerns have been raised over the disposal of radioactive waste and harmful radiations from these plants. The transmission of this radiation can cause a potential damage to the surrounding atmosphere.  The cost of managing the nuclear waste is also high.

The Kyshtym nuclear disaster occurred as a result of a radioactive contamination accident that took place on 29 September 1957 at Mayak, a plutonium manufacturing facility Russia for nuclear fuel reprocessing plant of the Soviet Union. A failure of the cooling system used for one of the tanks containing about 70–80 tons of liquid radioactive waste had led to the accident. The event resulted in hundreds of deaths of the people staying in nearby villages to the production site.

Mainly generated from nuclear fuel cycle, low-level waste includes materials that have been contaminated by radioactive substances. It also includes items that gain radioactive property after getting exposed to neutron radiation.

The mixed waste must meet regulations stipulated for treatment, storage, and disposal for both LLW and hazardous waste. While most of the low-level waste is not highly radioactive, some waste may possess radioactivity to a significant level.

For disposal, the intermediate-level waste may be solidified in concrete. While short-lived waste that primarily include non-fuel materials from reactors is dumped in shallow repositories, a geological repository is used to deposit long-lived waste.

This type of waste is produced after nuclear fuel is burnt and removed from the nuclear reactors. The waste comprises highly-radioactive fission products and transuranic elements produced in the core of a nuclear reactor.

High-level waste accounts for more than 95% of the radioactivity released in the power generation process from nuclear sources. As the high-level waste produces a significant amount of heat, it needs cooling. While handling and transporting the waste, it should be shielded to avoid harmful exposure. As high-level waste contains irradiated nuclear fuel rods, exposure to the unshielded waste at close range can result in immediate death of humans.

In October 2016, four national and Texas groups had urged the US Nuclear Regulatory Commission (NRC) to terminate its review of the license application for the controversial plan by Waste Control Specialists (WCS) to construct an interim high-level nuclear waste dump in Andrews County, Texas. WCS seeks a permit to build and operate the supposedly short-term storage facility for up to 40,000 metric tons of highly dangerous nuclear waste in Andrews County.

Uranium tailings are found to retain a significant level of radioactivity levels present in the ore due to the presence of long lived decay products. The waste is considered hazardous as it contains several radioactive nuclides that include thorium-230, radium-226, radon-222 (radon gas) and the daughter isotopes of radon decay, including polonium-210.

The waste can enter food chain if is stored on open ground, as the wind can carry the radioactive sand to long distances.

Before using in the nuclear reactors as fuel, pellets of ceramic uranium dioxide are sealed in a number of metal rods.  The metal rods are bundled to form fuel assembly, which is then used to operate nuclear reactor. Following the fission reactor, the spent fuel assembly is removed. Spent fuel rods emit excessive heat, so they need to be stored in water until they are disposed safely.

A key component in the TRU waste is plutonium. Though there is no high level of radiation from this type of waste, but inhalation of small particles present in the waste can be hazardous. Radiation emitted by those particles can cause lung problems in humans.

Currently, the TRU waste generated from defense nuclear activities in the US are permanently disposed at the Waste Isolation Pilot Plant, a deep geologic repository.