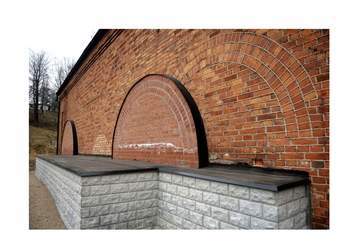 During refurbishment of the Ludvika hydro power station on the Kolbacksan river system in Sweden, emphasis was placed on making the new installations as eco-friendly as possible within the boundaries set by nature and legal constraints.

The intrusion into the natural river of Kolbacksan took place several centuries ago when locks were built for boat traffic and dams were built for waterwheels to power mills, hammers etc. Harnessing of hydroelectricity was a very late event. The refurbishment effort proactively took aim to withdraw as much electricity as possible from the intrusion thus justifying it to a large extent from an environmental point of view.

Some of the refurbishment features included:

• The powerhouse was reused, preserving some industrial history of the early 1900s.

• The peak efficiency of the new machine was put at the maximum legally permissible discharge, making the most efficient use of available water.

• An oil-free runner hub was chosen, with only a small amount of glycol used for lubrication.

• The hydraulic power pack and oil-lubrication units were equipped with tubs to contain any oil leakage.

• An oil separator was installed between the pump sump and recipient

• The hydraulic power pack was designed to have motors running only when needed to charge accumulators, limiting power consumption.

• The machine is normally in operation from 6am – 10pm five days a week, producing power only when demand is the highest.

• The generator was equipped with an extra heat exchanger to recover losses into a large accumulator tank, which was then used to heat the power house during the night and at weekends.

• The plumbing was connected to the community sewage system instead of to the recipient.

The power station was first commissioned into a 40Hz plant in 1901. In 1930 and 1941 the previous Francis machines started service at 50 Hz and operated until 8 January 2007. The new Kaplan machine commenced operation on 19 October 2007.

• New motorized overhead traverse cranes were installed instead of hand-operated ones.

• A high-accuracy absolute efficiency test featuring the Accusonic method for flow measurement (inaccuracy of < 0.7 %) was used.

The Ludvika station is owned and operated by Vasterbergslagens Kraft AB, which has 47 dams and 11 hydro power stations, among them the Hellsjon station which was part of the world’s first commercial power scheme utilizing three-phase alternating current.

The refurbishment was made within the governing permit of 1916 and the established usage thus having the same maximum discharge and regulating reservoir amplitude as before.

A consortium made up from turbine manufacturer Kossler of Austria and generator manufacturer Lloyd Dynamowerke of Germany had the most favourable evaluated tender for the machine including peripherals. Guaranteed efficiency was exceeded.

Project investment was US$8.5M, which included US$2M for the complete turbine-generator and US$60,000 for the absolute efficiency test. It is estimated that the investment will be repaid after 13-14 years. In an average year the new equipment will generate 13.0GWh at 3.6MW compared to the previous 10.4GWh at 2.8MW. The very wet year of 2008 yielded 18.6GWh.

Green certificates will be granted for the entire production for 15 years making the refurbishment reasonably profitable.