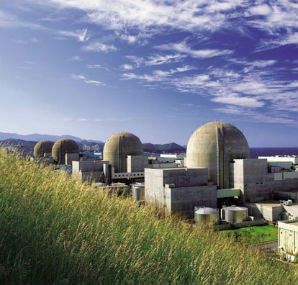 Shin Kori 5&6 are due to start construction in September 2014 and are scheduled to be completed by 2020, the Ministry of Trade Industry & Energy said, 28 January.

The project is expected to cost 7.6 trillion won ($7 billion), according to MOTIE.

Shin Kori 5&6 will be APR1400 reactors, the same design that is under construction in Korea and is also being exported to the UAE for its Barakah project.

KHNP said it applied for an operating licence for Shin Kori 3&4 in June 2011, although this had not yet been approved, according to the company’s website. Shin Kori 3&4 were scheduled to begin commercial operation in August 2014 and September 2014, respecively, however the schedule needs to be ‘rearranged’ due to the cable replacement project, KHNP said. The units are now expected to start-up in 2015 and 2016, respectively, according to the World Nuclear Association.

Shin Hanul 1&2 are expected to enter commercial operation in April 2017 and February 2018, respectively, according to KHNP. KHNP said on its website that it is aiming to apply for an operationg licence for Shin Hanul 1&2 in May 2015. Approval is required before fuel loading, which is scheduled for September 2016 at Shin Hanul 1 and July 2017 at Shin Hanul 2.