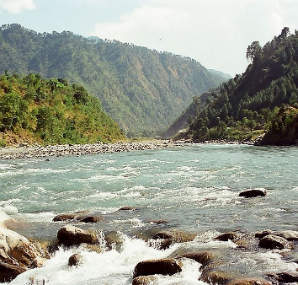 Underpinning each cluster is a larger pipeline of active development project companies that are acquired once they have secured the key concessions, resource assessments and agreements, including the new projects, which add 115MW in Himachal Pradesh and 310MW in the new Arunachal Pradesh cluster.

The Himachal projects just announced consist of two cascading hydro projects in the Chamba District of Himachal Pradesh, near Greenko’s existing projects. They are located on a tributary of the Ravi River, which has good hydrology data and offers relatively easy site access.

The projects added in Arunachal Pradesh form a new hydro regional cluster and consist of four cascading run-of-river hydro projects. Arunachal is one of India’s most mountainous states and is substantially covered by the Himalayas. This region is one of the few areas remaining in India where large run-of-river projects are feasible, due to the steep topography and high quality hydrology based on snow melt, glacier melt and rainfall. The projects are located on the perennial Yargyap Chu River (a tributary of the Tato River) in the West Siang District and have a catchment area of approximately 839km2. The sites are particularly attractive, as they have good road access, reliable power evacuation and relatively little tunnelling.

Greenko’s existing northern hydro projects have performed strongly, thanks to excellent hydrology. The Company now sees an opportunity to further improve portfolio returns through the addition of these new projects, which can connect directly to the high voltage transmission network and deliver premium priced peaking power. As a result, the new projects are expected to have a better than 50% Plant Load Factor for net sellable energy and deliver a superior return on investment.

In other news, the company also recently announced details of a proposed £100M investment in Greenko Mauritius Ltd (GM) ordinary shares by an affiliate of the Government of Singapore Investment Corporation Pte Ltd (GIC), one of the world’s leading sovereign wealth funds.

If it gets the go ahead the funds will accelerate construction of Greenko’s substantial power portfolio and take advantage of the currently attractive power opportunities in India, through the deployment of utility scale wind farms and Himalayan run-of-river hydro projects.

The proposed investment is conditional on Greenko’s shareholders approving certain resolutions at an EGM planned for 4 April 2013.