The French National Assembly in July finally approved the Energy Transition for Green Growth bill under which reliance on nuclear energy will be reduced to 50% of power generation by 2025 as pledged by President Francois Hollande during his 2012 election campaign. 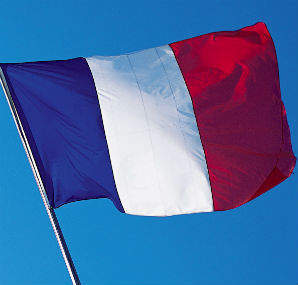 The French National Assembly in July finally approved the Energy Transition for Green Growth bill under which reliance on nuclear energy will be reduced to 50% of power generation by 2025 as pledged by President Francois Hollande during his 2012 election campaign. He also promised to close France’s oldest nuclear plant, Fessenheim, by the end of 2016. In June last year, following a national energy debate, his government announced that nuclear generating capacity would be capped at the current level of 63.2GWe.

Last year, 77% of French electricity production came from EDF’s nuclear reactors compared with 13% from hydro, 5% from fossil fuels and 3% from wind turbines, according to grid operator Reseau de Transport d’Electricite.

Debate on the bill began in the National Assembly (lower house of parliament) last October, with general agreement on the overall objectives of the bill. These included: a 40% reduction in greenhouse gas emissions by 2030 and a 75% reduction by 2050, compared with 1990; halving overall energy consumption by 2050 compared with 2012; increasing renewable energy’s share of total energy consumption to 23% by 2020 and 32% by 2030 when renewables have to make up 40% of power output; and cutting nuclear’s share of electricity generation to 50% by 2025.

The Senate (upper house) had pushed for nuclear generating capacity to be capped at 64.85GWe, which would have enabled Fessenheim to continue operating alongside the Flamanville EPR. It had also sought no particular deadline for achieving the 50% nuclear share, but both these were rejected.

The new policy means that EDF must close older reactors in order to bring new ones online. The new EPR unit under construction at Flamanville is currently expected to start up in 2017, which will oblige EDF to shut one of its operating reactors – most likely Fessenheim.