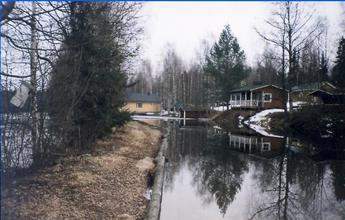 Finland covers an area of 338,145km2 and has a population of 5.19M. There are 56 large dams in operation, comprising 43 embankment dams and 13 concrete dams. Total installed hydro power capacity is about 3000MW. The average annual generation by hydro is 13,000GWh.

The 37MW, 356 GWh/year, Vuotos reservoir and power plant has been planned to be built in eastern Lapland but was rejected by the Supreme Administrative Court of Finland on 18 December 2002 after 10 years of legal processes.

The main future project is Sieril hydro power plant (44MW, 108 GWh/year). The project will involve a 10m high zoned earthfill dam, planned for construction between 2008 and 2010.

Other hydro projects planned include upgrading the existing power plants on the main course of the river Kemijoki and river Lieksanjoki involving 19 turbines and generators (109MW, 72 GWh/year).