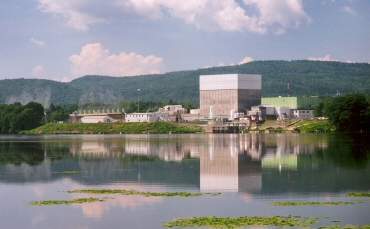 The 620 MW boiling water reactor, which generated over 70% of the electricity in the state of Vermont last year, ceased generation on 29 December 2014. It had been in operation for almost 43 years.

Entergy announced it would close the plant in August 2013, citing sustained low power prices, the high costs of operating the single-unit plant and wholesale electricity market design flaws for Vermont Yankee. The unit had received a licence from US nuclear regulators to operate until 2032.

Senator Judd Gregg (R-NH), co-chairman of Nuclear Matters said the premature retirement of Vermont Yankee is representative of a problem that the entire country faces.

"Too many well-functioning nuclear energy facilities – most of which have decades of useful operating life remaining – are at risk of closure or have announced their early retirement. These conditions, including those surrounding Vermont Yankee’s, are caused by the unintended consequences of poorly designed market structure and government policies, not by the economic fundamentals of nuclear energy. "

Marvin Fertel, president and CEO at the Nuclear Energy Institute described the closure of Vermont Yankee as "both frustrating and disheartening to the nuclear energy industry".

"It is simply unsustainable and shortsighted to continue to shut down perfectly good energy facilities and put at risk the fundamental values of our electricity system," Fertel said.

"The competitive electricity markets simply are not working as intended. All of this is fixable — but federal, regional, and state policymakers and regulators must address these shortcomings quickly to prevent other power plants from shutting down prematurely."

Entergy will immediately begin transitioning the plant from operations to dormancy. This transition period is expected to last until approximately 2020, at which time all spent nuclear fuel is expected to be transferred from the spent fuel pool to on-site dry cask storage.