The closure plans for the Dounreay nuclear site in Scotland are being revised to incorporate significant additional work associated with the transfer of nuclear fuels from Dounreay to the Sellafield site (approximately 300 miles away) in Cumbria. 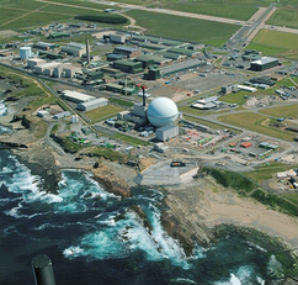 The closure plans for the Dounreay nuclear site in Scotland are being revised to incorporate significant additional work associated with the transfer of nuclear fuels from Dounreay to the Sellafield site (approximately 300 miles away) in Cumbria.

The changes will ‘integrate the fuel handling and transfer into a prioritised and optimised life time plan’ that will minimise additional cost whilst retaining a focus on hazard reduction, according to Dounreay Site Restoration Limited (DSRL), which briefed its staff on the approach being taken today.

Around one hundred tonnes of plutonium and uranium fuel have been accumulated at the Dounreay site, which was inherited by the Nuclear Decommissioning Authority (NDA) in 2005. Original plans envisaged long-term storage of the material at Dounreay, but last year NDA took the decision to move the fuel to Sellafield to consolidate a UK fuel stock.

"Removing the requirement to modernise the stores at Dounreay and replacing it with a programme to transfer the fuel to Sellafield starting this year removes both the modernisation costs from the later years of the decommissioning programme and substantial security costs from long-term care and maintenance of the site, but does require significant preparation and handling operations, and will add transport and associated security costs in the next few years of the decommissioning programme," explains Dounreay managing director Mark Rouse.

"In order to insert the removal of the fuel into the earlier years of the programme and find the several hundred million pounds needed to fund this, some other work that had been planned for this period needs to be moved out to later years to release funds," Rouse added.

A new plan showing how the fuels removal programme integrates with the rest of the decommissioning work should be ready by the autumn 2014. DSRL expects no reduction in supply chain spend and says it "will be looking to place substantial additional new packages of work into the supply chain over a longer period of time than the original contract award plan."

"In short, this is a ‘spend to save’ measure. Although the fuels consolidation and removal programme adds several hundred million pounds to the bill for Dounreay during its decommissioning phase, it will remove even more in high security costs from its long term care and maintenance," Rouse said.

Meanwhile, over the next two years the NDA will look to utilise its portfolio management process, where efficiencies and savings made across its estate can be re-allocated to other projects where they represent value for money and progress the NDA’s mission, to assist DSRL in the near term as it works through the longer term implications of accommodating this further scope.

Two years and 20% in, the contract to take the Dounreay site to an interim end state by 2025 saving well over £1bn is progressing well. All annual milestones have been met to date, significant progress has been made in hazard reduction projects, and construction of the first two new low level waste repository vaults has been completed, according to DSRL.