Decommissioning of the two-unit magnox nuclear power station at Trawsfynydd in Wales is more than 50% complete, Magnox Limited announced 20 August. 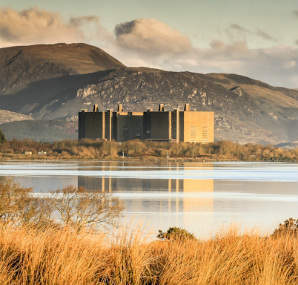 Decommissioning of the two-unit magnox nuclear power station at Trawsfynydd in Wales is more than 50% complete, Magnox Limited announced 20 August.

Over half of the work needed to deliver the site to care and maintenance by 2016 has been completed, following an acceleration of the project announced in 2010, it said.

Activities on site over the past thee years have included the removal of many plant and buildings, treatment of nuclear waste, reactor buildings maintenance and installing new infrastructure to accommodate the increased numbers of people working on the site, according to Magnox Ltd.

The 390MW twin reactors at Trawsfynydd began commercial operation in March 1965 and generated around 69 TWh of electricity before closing in 1991. Defuelling began in 1993 and was completed in 1995, when decommissioning began.

The station is now expected to enter the care and maintenance phase in 2016, during which radiation levels will slowly decay, allowing the two reactors and remaining building structures to be decommissioned safely and more efficiently from 2074 onwards.