Bulgaria’s Council of Ministers has approved a plan in which Westinghouse will provide plant equipment, deisgn, engineering and fuel for an AP1000 at Kozloduy, to be named Kozloduy 7. 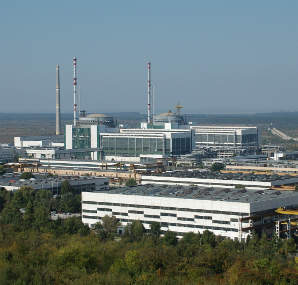 Bulgaria’s Council of Ministers has approved a plan in which Westinghouse will provide plant equipment, deisgn, engineering and fuel for an AP1000 at Kozloduy, to be named Kozloduy 7.

As part of its role, Westinghouse will also issue a competitive tender by mid-2015 for engineering, procurement and construction for Kozloduy 7 that Westinghouse said would involve Bulgarian and global construction companies.

Little information has been released about the structure of the project, but in a questions and answers document produced for news media Westinghouse said that it has given Bulgaria an (unspecified) "commercially attractive price" to build the plant.

Westinghouse also said that the project does not assume state support, but would allow Westinghouse and Kozloduy to "engage international finance entities to determine best conditions for both parties." It adds: "if this is not realized, the project will not go forward."

Westinghouse said that the key parameters of the project are a price and terms which form the basis of a competitive project which could "attract attractive financing". It said that building the project would depend on "mutual agreement on financing terms and conditions."

It added later that it would not remain an equity investor in the project past completion. "Westinghouse’s stake in the project company during construction incentivizes Westinghouse to build a plant that meets international and Bulgarian safety standards, on schedule and within budget."

Bulgarian Energy Holdings and Westinghouse said that the Bulgarian government would oversee those arrangements and the EPC contract.

Westinghouse said that this process is similar to those conducted in France and the U.K. for instance where a partner and a technology are selected from current viable alternatives. It said that there are only three PWR reactor designs certified in Europe (EUR or European Utilities Requirements) – AP1000, EPR and MIR.1200. The Westinghouse AP1000 meets the criteria of diversified technology from existing reactors and 1200 MW maximum in size due to Bulgarian grid limitations.

Westinghouse also estimated that the large number of construction and supply chain work required to build the plant – 3500 local workers and 15,000 more in the supply chain – would reduce local employment by 40 basis points from the current 13% to 9%.
Two VVER-1000 reactors are operational on the six-unit Kozloduy site.