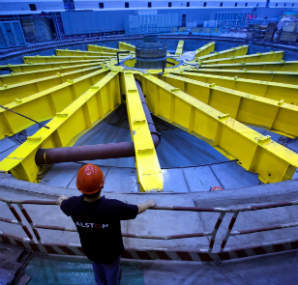 The four units were designed and manufactured in Alstom’s factory in Tianjin, China, and were delivered in a record time for such large machines – at an average of one unit every two months, the company said in a statement. After a first phase of reliability trials, the units began successively commercial operation between November 2012 and June 2013.

Each unit for the Xiangjiaba plant includes an 800MW class Francis turbine coupled to an 889MVA generator. The generators are the only air-cooled generators in the world with 23kV windings. This high voltage allows an optimised electrical design for such a high power output, Alstom said. At almost 10m in diameter, the turbine runners weigh over 400 tones.

With a total capacity of 6400MW the Xiangjiaba power plant will run on eight units. When completed, Xiangjiaba will be the third largest hydro power plant in China and an important power source in the country’s West to East Electricity Transfer Programme to satisfy the growing electricity needs of the country’s eastern provinces.