As part of an upgrade of the Storr Lochs small hydropower plant in Scotland, technology group Voith installed a new kind of turbine control unit, which regulates the water flow by adjusting the turbine blades. 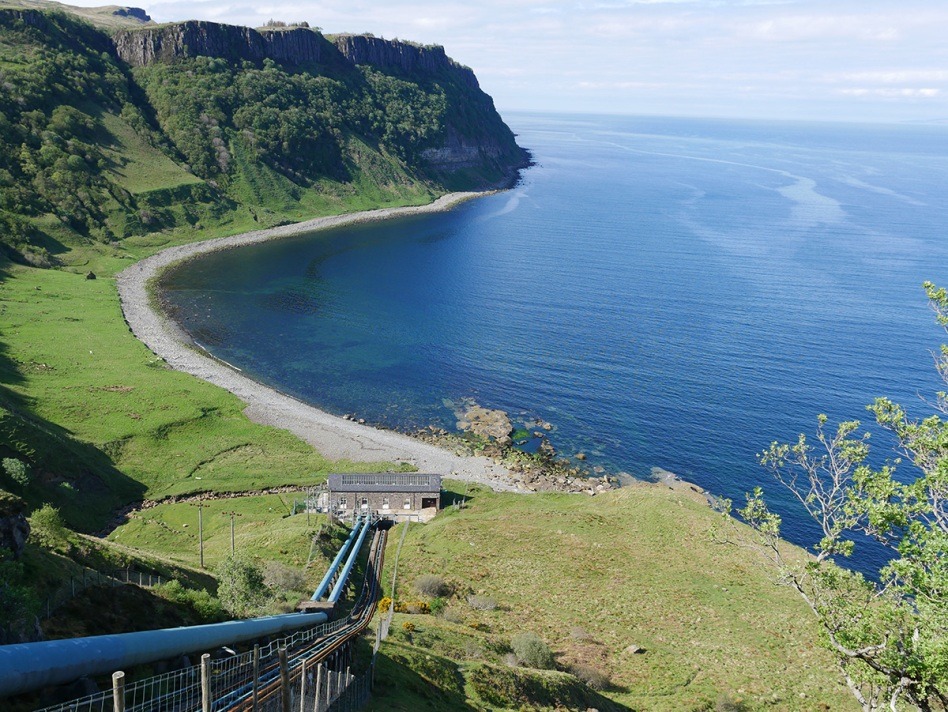 This development based on a proven design is especially compact and can be easily installed and serviced. In addition, the hydraulic regulation is environmentally friendly and energy efficient. After more than a year of reliable operation, the system has proven its effectiveness.

Since 1952, energy generator SSE has been using the water from Loch Leatan on the Isle of Skye to produce electricity. The Storr Lochs small hydropower station in the north of the island has a capacity of around two megawatts and is equipped with two Francis turbines. As part of an extensive upgrade, the power plant got two new turbines, each fitted with a control unit. Its special external feature is a particularly compact design that allows it to be readily integrated into existing systems, even where space is tight. The self-contained system of the autonomous compact drive offers other advantages. For example, it does not need any additional piping.

Moreover, the control unit does not require an additional accumulator and works with a very low volume of hydraulic fluid. This allows particularly safe operation without fluid losses, which makes the new development very environmentally friendly. This design principle also means that the regular checks and inspections necessary in conventional systems can be dispensed with. Above all, in remote facilities, such as in the north of the Isle of Skye, this represents enormous cost savings in conjunction with service. For example, the system was pre-assembled at the turbine manufacturers, so the installation and commissioning effort in Scotland was kept to a minimum.

The compact drive unit used for the first time in a small hydropower facility in Storr Lochs is based on the tried and tested servo-hydraulic linear drive closed loop differential pump (CLDP). This has been offered by Voith Turbo for some years now and has already proven effective in a wide range of plants. It is also popular due its low wear and associated long service life in continuous use applications and is used in sectors such as the food industry and for test rigs and laboratory machines. For use in the Storr Lochs power plant, the Voith team adapted the CLDP to the requirements of the plant operator. This was readily implemented thanks to the extensive flexibility of the CLDP, and significant cost savings were achieved compared with a new development. The system has been used at the Scottish hydro power plant since the end of 2017 and is working with maximum reliability.