New Century Resources has announced the initiation of zinc concentrate loading on the MV Wunma and export from the restarted Century operations. 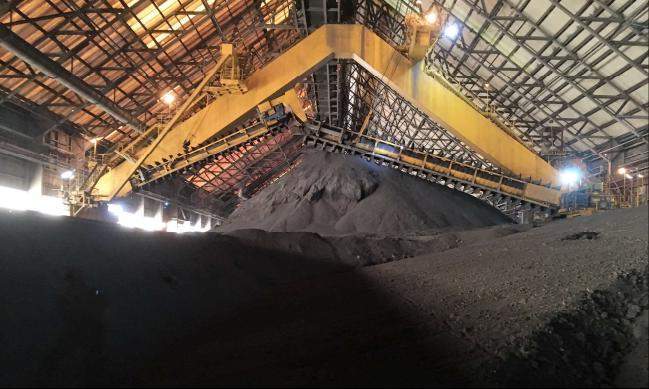 The activities represent a major milestone for the Company just 15 months after listing New Century Resources on the ASX. New Century has now demonstrated the viability of the operation’s entire logistics chain from hydraulic mining to tailings reprocessing, slurry pipeline operations, port operations and concentrate transhipment.

Commenting on the completion of the first transhipment of concentrate to the export vessel, New Century Resources Managing Director Patrick Walta said: “This milestone represents an incredible achievement by the entire New Century team. To start shipping concentrate just 15 months after listing is a testament to the strong dedication and culture within the Company.

“The entire team should be proud of their role in the achievements of the business to date, which is creating a strong platform for continued growth at Century and beyond.”

The first shipment from Century represents 10,000t of the Company’s commissioning grade concentrate, which is to be delivered to contractual specification and contains no penalties for lead or carbon and only an immaterial penalty for silica.

The first parcel under shipment is being delivered to one of the largest smelting groups in China.

Lead content within zinc concentrates typically has little effect on overall saleability of the product in comparison to other impurities such as manganese, iron, cadmium or silica.

While the Company continues to progress toward achieving long term production of its steady state concentrate via the load commissioning process, it has received strong market demand for its current commissioning grade concentrate.

All production to date has been sold, with New Century also achieving during October:

An additional forward sale of 10,000t of commissioning grade concentrate (replacing the current 10,000t parcel being exported) for shipment to China in January 2019, generating a further A$15.3M in revenue from operations;

Bids from existing offtake partners for the purchase of commissioning grade concentrate over and above current long-term offtake contracts, for potential delivery into both Europe and Asia; and

Interest from other zinc producers for the trialling of Century concentrate to blend out impurities within concentrates from other operations, such as manganese and iron.