The continuous catalytic process was designed to reduce production costs relative to batch chemistry, the prior technology 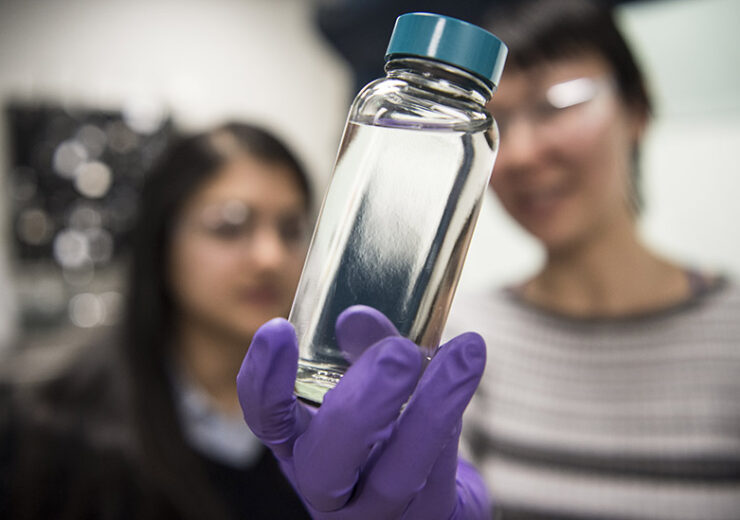 A new single-phase catalyst that enables the conversion of renewable and waste carbon into sustainable diesel fuels has been developed through a unique collaboration between the National Renewable Energy Laboratory (NREL) and two U.S. Department of Energy (DOE) consortia, Chemical Catalysis for Bioenergy (ChemCatBio) and the Co-Optimization of Fuels & Engines (Co-Optima) initiative.

Researchers used reductive etherification chemistry to convert alcohol and ketone substrates derived from microbial carboxylic acids into an ether bioblendstock for use when blended into conventional diesel fuel. The first-of-its-kind continuous catalytic process was designed to reduce production costs relative to batch chemistry, the prior state-of-the-art technology. When combined with the new fuel’s potential infrastructure compatibility and reduced greenhouse gas emissions relative to fossil diesel, it significantly reduces the risks inherent in introducing a new technology. More importantly, with the demand for diesel fuel rising, this fuel could help meet that need in a sustainable way.

“With this research, we looked to make a new biofuel conversion process that is relevant and applicable to renewable and waste-to-energy technology,” explained Derek Vardon, an NREL researcher and one of the authors of the paper.

NREL is a leading expert in developing catalytic processes for renewable feedstocks, but this project was the first time that researchers optimized a single-phase catalyst specifically to develop a renewable fuel by reductive etherification. Researchers faced new challenges with this effort, as the catalyst must perform two simultaneous functions, mixing a metal site and acid site in one process. A commercial industry partner assisted the team with getting the right amount of acidity within the catalyst support, while the research team turned to palladium metal nanoparticles to chemically couple the molecules together.

A promising feature of the single-phase catalyst is its regenerative properties. While the process chemistry yields a clean-burning biofuel with a low sooting index, also notable is the catalyst’s stability over time, even becoming more active when regenerated. High stability is critical for industrial catalysts that must last for years to be economical and environmentally sustainable.

Researchers are continuing to study and improve upon this process. While palladium is effective, it is also expensive. The team is exploring the function of palladium to determine how much of the precious metal is necessary. In addition, researchers are testing how the catalyst performs with more complex waste materials that produce a mixture of ethers besides 4-butoxyheptane.

“We believe we have a good understanding of why we need the palladium metal sites to be larger to accommodate the coupling chemistry,” Vardon said. “Our next step is to collaborate with Argonne National Laboratory to take an atomistic look at what is happening at the surface to help us design the next high-performance, low-cost catalyst material. By leveraging the unique technical and analysis capabilities across the national lab system, we are solving critical challenges to help advance biofuels toward market adoption.”

The team’s research was funded in part by DOE’s Office of Energy Efficiency and Renewable Energy’s Vehicle Technologies Office and Bioenergy Technologies Office. The project was also in collaboration with the ChemCatBio consortium, which overcomes catalysis challenges for the conversion of biomass and waste resources into fuels, chemicals, and materials, as well as the Co-Optima initiative, which focuses on how simultaneous innovations in fuels and engines can improve fuel economy and vehicle performance while also reducing emissions.