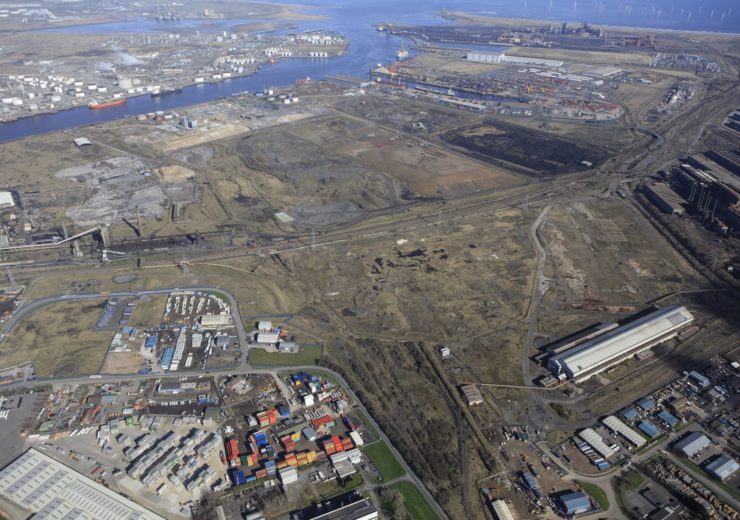 Part of the South Tees Development Corporation site, where the Net Zero Teesside project will be built (Credit:

The North-East of England could soon become a key hub for carbon capture and storage technologies after the fledgling Net Zero Teesside project was given big backing by a group of oil majors.

It will seek to decarbonise local industry by building a transportation and storage system that can gather carbon dioxide, compress it and store safely in a reservoir under the North Sea.

This could capture up to six million tonnes of CO2 each year – the equivalent energy use of two million homes – and help the UK’s efforts to reach net zero by 2050.

OGCI Climate Investments, the $1bn fund of the UK’s Oil and Gas Climate Initiative, today announced a consortium of oil giants BP, Eni, Equinor, Shell and Total has been formed to accelerate the development of the scheme, previously known as the Clean Gas Project.

There are plans to begin operating in the mid-2020s and eventually create 5,500 jobs.

“The formation of such a powerful partnership led by BP demonstrates the industry’s commitment to the UK government’s net zero targets.

“We’re hugely excited to see Teesside back at the forefront of UK industry and want the project to progress further.”

What is Net Zero Teesside?

Teesside, a conurbation around Middlesbrough, has a rich history of heavy industry – mainly in steel and iron – as well as chemicals, with an oil pipeline from the Ekofisk field in the North Sea bringing crude oil ashore.

Many of these industries have declined, with Thailand-based Sahaviriya Steel Industries (SSI) closing the Redcar steelworks that employed 2,200 people in 2015.

Last week, the 840-acre site was brought under public ownership, with Tees Valley Mayor Ben Houchen saying it would create thousands of jobs by repurposing it.

The Net Zero Teesside project will be the first major development on the South Tees Development Corporation site, which covers 4,500 acres including the former steelworks.

It aims to use the existing skills to create a new industry that will deliver an estimated £450m ($580m) economic boost to the region – and £3.2bn ($4.1bn) to the whole country.

OGCI claimed the transportation and storage infrastructure that will be built for the clean energy scheme will encourage new investment to the region from industries that wish to store CO2 or recycle the waste gas.

Today’s announcement that the five oil companies, led by BP, will take over operation of the Net Zero Teesside marked the project’s launch.

As well as being the UK’s first zero-carbon industrial cluster, OGCI Climate Investments CEO Pratima Rangarajan said it would be his organisation’s “anchor project” for accelerating carbon capture, utilisation and storage (CCUS) technologies on a global scale.

“This transfer of ownership to the OGCI consortium is proof of how OGCI’s initiative is successfully supporting emerging hubs,” he added.

The project team said these will “support the continued engagement between the parties in evaluating the technical and commercial case for capture of CO2 from the industrial plant for safe storage”.

Mayor Houchen said Net Zero Teesside “represents the next step in our ambitions for Teesside, Darlington and Hartlepool to become a pioneer in clean energy”.

“It will act as a beacon for new technologies and further investment as other companies are attracted to our area, while helping the UK achieve its clean energy potential.”