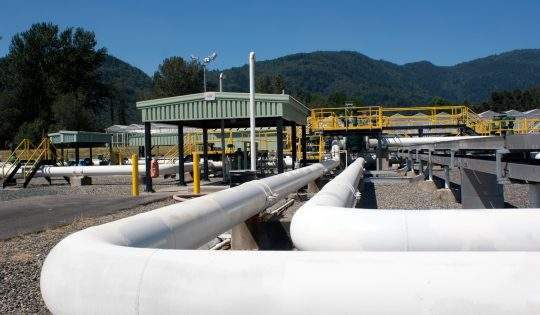 The approval is for the four spreads to be laid from the Edmonton Terminal to the pipeline project’s Darfield Pump Station, north of Kamloops in the British Columbia Interior.

It said: “The NEB has also approved more than 96 per cent of the detailed route for those segments of the pipeline.

“Subject to other federal, provincial and municipal permits and regulations, the company can now begin construction in these segments of the pipeline, which includes clearing of the right of way.”

According to the energy regulator, 72% of the entire detailed route of the pipeline route has been approved with hearings for the sixth and final segment of the Trans Mountain pipeline expansion project to commence in October.

The Trans Mountain pipeline expansion project has been proposed by Kinder Morgan to improve the capacity of the existing Trans Mountain Pipeline system by almost three times from the current 300,000 barrels of oil per day production.

Its expansion project will involve about 980km of new pipeline along with reactivation of 193km of existing pipeline. Kinder Morgan will construct new facilities to support the expanded pipeline which includes 12 new pump stations and 19 new tanks that are planned to be added to existing storage terminals.

Recently, the Canadian government agreed to acquire the Trans Mountain Pipeline system and the expansion project from Kinder Morgan for C$4.5bn ($3.5bn).

As per the terms of the agreement, the Canadian government will finance the resumption of the planning and construction work associated with the Trans Mountain pipeline expansion project.