The 420MW Nachtigal hydropower project to be developed by Electricité de France (EDF) and its partners in Cameroon has secured a loan of €50m from the Emerging Africa Infrastructure Fund (EAIF). 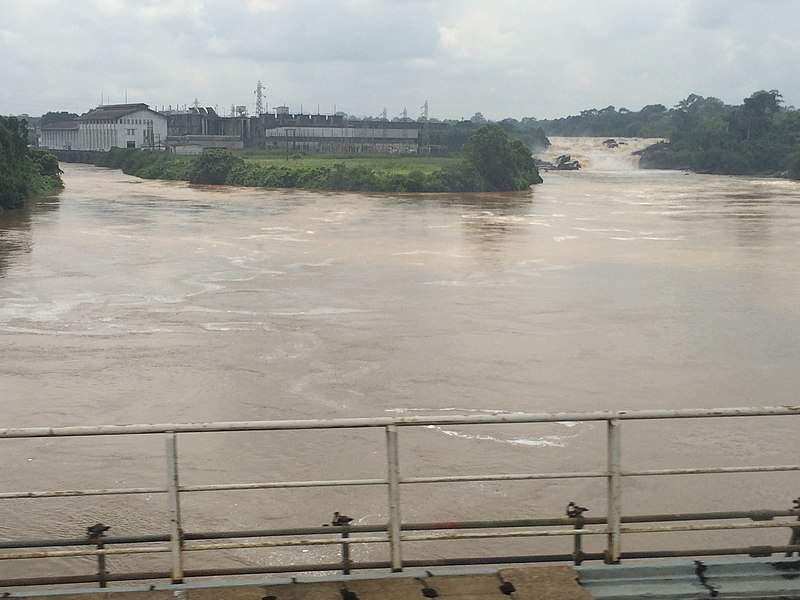 Image: The Nachtigal hydropower project will be built along River Sanaga. Photo: courtesy of Awah Nadege/Wikipedia.org.

The new loan for the Nachtigal hydropower project from EAIF, which is spread over 18 years, is part of the total debt package of €916m needed for its construction.

As per a 35-year availability-based take or pay power purchase deal, all the power produced from the new hydropower plant in Cameron is to be purchased by privately operated national utility, ENEO.

The Nachtigal hydropower project is expected to add 30% to the base-load electricity supply in Cameroon. It will feature a 1,455m long concrete dam, a 4km2 reservoir, a 5 MVA hydro generating unit, a powerhouse containing seven 60MW turbines and other infrastructure.

The run-of-the-river facility is financially backed by several development finance institutions and four local commercial banks, all mobilized by IFC to cover €806m of its project cost. The facility’s owners EDF, IFC and Cameroon will bear 25% of the project cost.

EAIF executive director Emilio Cattaneo said: “This was a large and complex financing of a strategically important electricity generating infrastructure asset. Concluding the debt finance is a significant moment and marks many months of cooperation by the public and private sectors.

“As one of the most experienced providers of debt finance to the renewable energy projects in Africa, EAIF was able to move quickly to evaluate the project and meet a potential shortfall in the debt funding. Cameroon’s economy and people will benefit for many decades from the clean and green power the station will produce.”

While 1,500 or so jobs are expected to be created for the construction of the Nachtigal hydropower project, around 150 jobs will be available once it enters into operations.