The new facility will be co-located at MHI’s the gas turbine development and manufacturing facility, Takasago Machinery Works, in Hyogo Prefecture, Japan 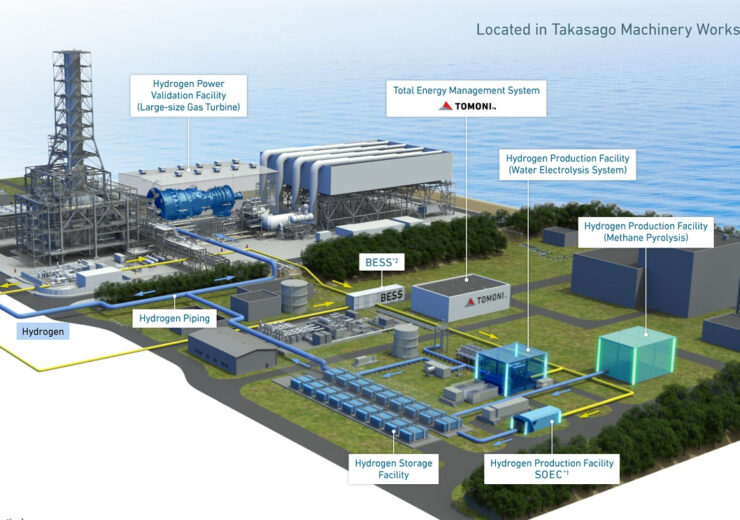 The new facility will be co-located at MHI’s the gas turbine development and manufacturing facility – Takasago Machinery Works, in Hyogo Prefecture, Japan.

According to the company, Takasago Hydrogen Park will be the world’s first centre for validation of hydrogen-related technologies, from hydrogen production to power generation.

The centre is expected to support the commercialisation of hydrogen gas turbines which use hydrogen as fuel. It is planned to be expanded and developed in future.

Mitsubishi Power has already announced that 30% of its hydrogen co-firing for large frame gas turbines.

It is expected to use Takasago Hydrogen Park to commercialise small and large frame gas turbines to support its target of 100% hydrogen firing starting in 2025.

The facility will be located adjacent to the T-Point 2 combined cycle power plant validation facility, and uses a water electrolysis system.

Mitsubishi Power stated: “As part of the Energy Transition strategy, MHI group is building a value chain for hydrogen, from production to use, through the further integration and advancement of the existing energy structure and hydrogen-related technologies.

“By further developing this approach and linking it to many different types of industries centered on hydrogen, MHI aims to establish a “hydrogen ecosystem” that will form the basis of a sustainable society, and accelerate its commercialization through verification at Takasago Hydrogen Park.”

Mitsubishi Power is testing the operations of technologies including hydrogen production and storage and hydrogen fuelling of gas turbines, with an aim to start operations next year.

The company is expected to create a work-flow for the combustion chamber, which forms an important component of a hydrogen gas turbine.

Its work-flow will include development, design, production of an actual machine at the manufacturing plant, and validation testing at the demonstration facility.