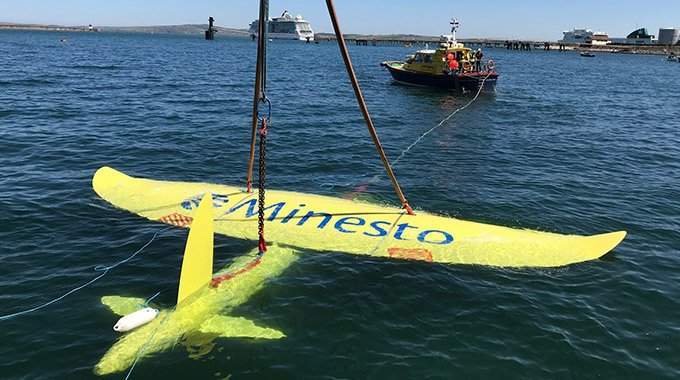 Minesto’s chief operating officer David Collier said: “The activities in Holyhead are progressing well and we are pleased to have moved on to the commissioning phase of the DG500 project.

As communicated earlier, the DG500 commissioning program consists of two main phases. First system functionality tests will be performed, before moving on to electricity generation.

The first phase of the commission program itself comprises a series of tests over different stages, including verification of launch and recovery procedures, testing of each function of the control system, and finally operating the DG500 unit in full figure-of-eight trajectories.