All direct and/or indirect beneficiaries of Target-BC2011 are at Arm's Length to the Company as defined under the TSXV Policy 1.1. 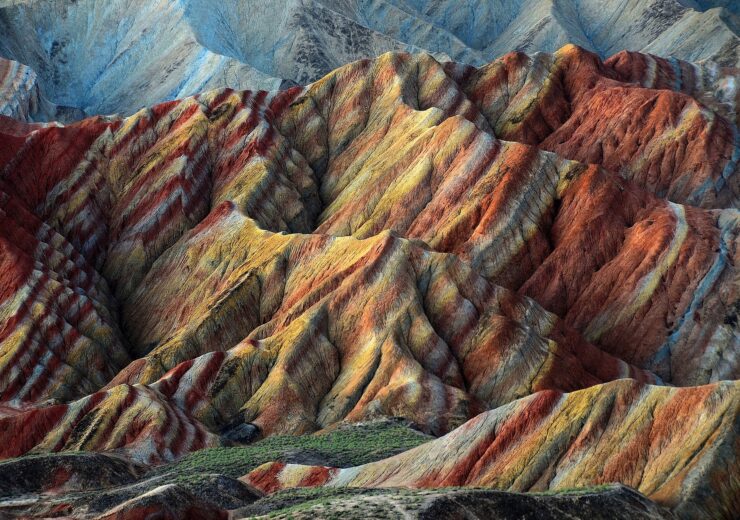 Mineral Hill Announces the Execution of an LOI for the Acquisition of Mineral Claims in British Columbia(Credit: Free-Photos from Pixabay)

Mineral Hill Industries Ltd. (“MHI” or “Company”), listed on the TSX Venture Exchange (“TSXV”) under the trading Symbol “MHI”, and on the Deutsche Boerse, Frankfurt under the trading Symbol “MLN” wishes to announce that  subsequent to its News Release dated May 15th, 2020 and investigations of several, project offers of possible acquisition targets, the Company has executed a non-binding Letter of Intent (“LOI”) on December 9th, 2020 with the present owner-operator, of a well-established geo-consulting firm (“Target-BC2011”), for the acquisition of a precious metals bearing, contiguous claims encompassing 2,406.13 hectares in southwestern British Columbia (“Target-Claims”).

All direct and/or indirect beneficiaries of Target-BC2011 are at Arm’s Length to the Company as defined under the TSXV Policy 1.1. and the parties agreed that the terms and conditions of the LOI will serve as a basis for a binding Earn-In-Option Agreement (“EIO-Agr”) to be executed on or before December 17th, 2020.

Under the terms of the LOI, the period to acquire a 100% ownership of the Target-Claims (“EIO-Period”) will be up to two (2) years following the Effective-Date, defined to be the later of the date on which the proposed transaction is approved by the TSXV or the “Closing Date” of MHI’s announced first private placement financing (“PP1”).  In the EIO-Period, MHI will have the opportunity to seek “working stage options” referred to as “Working Stage-1 Option” and  “Working Stage-2 Option.”

Working Stage-1 Option will start at the Effective-Date and will end on the first anniversary date of the Effective-Date, whereby MHI would be committed to (i) pay $10,000 to Target-BC2011, (ii) issue 100,000 common shares to Target-BC2011, and (iii) allocate a minimum of $84,728 as initial exploration capital for the Target-Claims in accordance to an agreed upon budget.

Working Stage-2 Option will start at the Effective-Date and will end on the second anniversary date of the Effective-Date, whereby MHI would be committed to (i) pay $15,000 to Target-BC2011, (ii) issue 150,000 common shares to Target-BC2011, and (iii) allocate a minimum of $140,900 as exploration capital for the Target-Claims in accordance with an agreed upon budget.

MHI will have the option to earn full ownership of the Target-Claims earlier by executing the above “earn-in” consideration for both Working Stage Options at any time subsequent to the Effective-Date and submitting an EIO-Notice to Target-BC2011, stating and documenting the completion of all conditions for the completion of both Working Stage Options.

The LOI contemplates that the EIO-Agr will include a Net Profits Interest Royalty of 2.00% to be paid to the Optionor where the Target-Claims are brought into production.

Upon approval of the TSXV, MHI intends to announce concurrent with the announcement of PP1 a flow-through financing, (“PP2”).  Whereby the proceeds from PP1, as a “unit offering”, will be dedicated for general working capital including the cash payments due to Target-BC2011, the proceeds from PP2, as a “flow-through share offering, will be strictly dedicated to the exploration and development funding of the Target-Claims including the update of the Geological Assessment to a National Instrument 43-101 Technical Report.

In addition to the acquisition option of the Target-Claims, the LOI contemplates the owner of Target-BC2011granting MHI an exclusive Earn-In-Option to acquire claims encompassing 695.09 hectares located in British Columbia (“Target-Claims2”) for an option period of two years from the Effective-Date, to be exercised upon the Optionee has entered Working Stage-1 Option and secured financing for the Working Stage-2 Option.  Details about the terms and consideration and of an exercise of the granted option in respect to the Target-Claims2 will be articulated within the EIO-Agr, but neither an acquisition of Target-Claims and/or Target-Claims2 will create a new control position of MHI’s share capital.