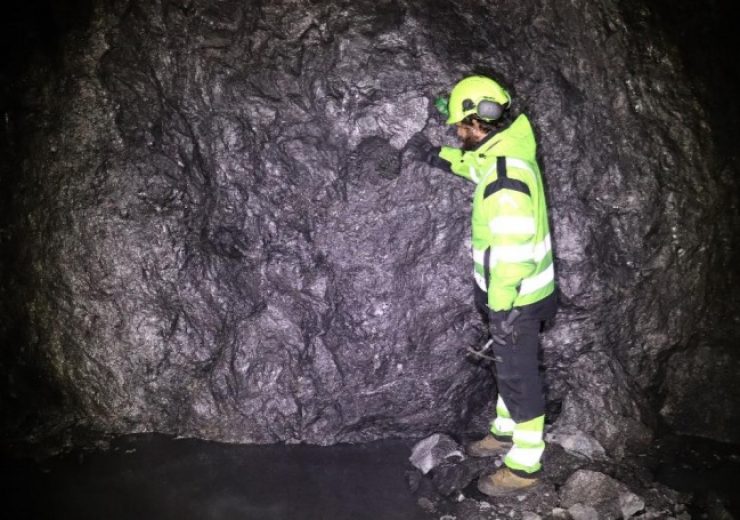 Mineral Commodities, through its subsidiary Skaland Graphite, has commenced decline mining operations at its Trælen graphite mine in Norway.

The Skaland Graphite Operation is located in northern Norway on the island of Senja. Tromsø is a major town located 70km to the northeast, where graphite was first discovered in 1870 and production started in 1917.

Mining company Skaland Graphite, which used to extract graphite ore from the Skaland mine, started sourcing from the nearby Trælen mine since 2007. The Skaland Graphite Operation was acquired by Mineral Commodities in October 2019.

The company has taken over the operational control of the operation and has received permitting tenure for a further 10 years, as part of the acquisition.

The operation is owned by Skaland Graphite, in which Mineral Commodities holds a 90% stake.

Mineral Commodities acting chief executive officer Russell Tipper said: “The commencement of decline mining represents a new chapter in the life of Traelen mining operations, which until now have been following the graphite ore up the mountain.

“It not only supports continued processing operations at Skaland, but also our exploration and infill drilling program targeting the delivery of an expanded resource base and the first Mineral Reserve Estimate for Traelen in the coming months.

“In parallel, we are progressing metallurgical testwork to support an expansion of production at Skaland with the delivery of a PFS in early Q4. Skaland continues to be a cornerstone of MRC’s strategy for a value-added graphite business.”

Following the acquisition of Skaland,  Mineral Commodities made a move to re-evaluate the mineral resources in the Trælen mine by re-logging, re- sampling and re-assaying of drilling core, to build a 3D block model of the deposit.

The company has started a 3,000m drilling programme in March this year, to upgrade the current resource for the Trælen deposit and obtain an ore reserve estimate, which is anticipated to be completed in August 2021.