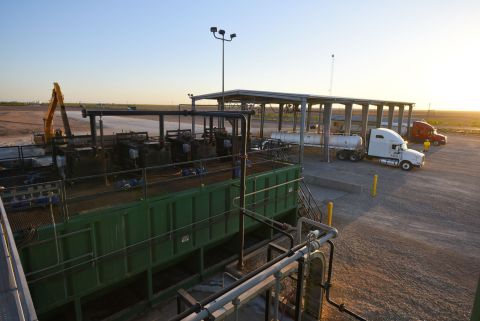 Development plans for the 7.8 million cubic yard landfill south of Midland, Texas, are in progress.

“The Midland Basin continues to have some of the highest density of drilling, completion, and production activity in the world, and responsible development of this important play requires a world-class oilfield waste management solution,” said Milestone president and CEO Gabriel Rio. “Located near our South Midland slurry injection facility, the addition of the Upton landfill will allow us to accept the entire spectrum of oilfield wastes from customers in the Midland Basin.”

Approval of the Upton landfill permit is the culmination of years of engineering design and planning efforts by the Milestone team and its outside engineers. This permit award comes just one month after the company announced it received its first landfill permit in Orla, Reeves County, Texas, on March 6, 2019. Co-located with Milestone’s existing Orla slurry injection facility in the Delaware Basin, the 80-acre landfill also will accept all RCRA-exempt oilfield waste streams, including cuttings and contaminated soils, with room to expand capacity.

The Orla and Upton landfill permits are a continuation of Milestone’s assertive expansion plans to develop an unrivaled network of landfill and slurry disposal facilities in the Permian Basin.