Around 12km west of the Lewis property, the former Lac Shortt mine historically produced 2.7 million tonnes at a grade of 4.6 g/t Au 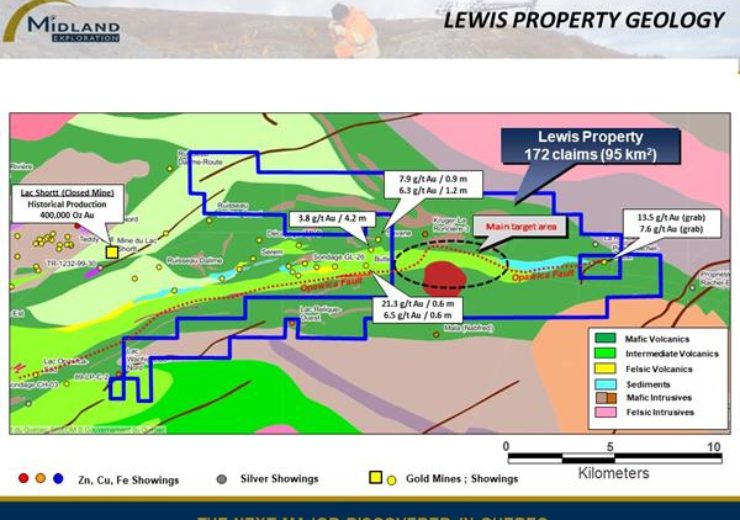 Midland Exploration is pleased to announce the acquisition, by map designation, of 100% interest in a block of 172 claims (96 km2) located approximately 60 kilometres southwest of the town of Chapais in Abitibi, Quebec. The new Lewis project consolidates Midland’s strategic position near the Guercheville-Opawica deformation zone.

The Lewis property covers, over a strike length of more than 10 kilometres, a structural nexus and a major regional flexure along the Opawica Fault. Several segments along this structure have seen very little or no previous exploration. In addition, this new acquisition lies in the east-northeast extension of several historical gold occurrences closely associated with the Opawica Fault, some of which are located less than one (1) kilometre west of the Lewis property.

Midland is currently conducting a detailed compilation of all previous work. To date, a few historically underexplored areas strategically located along the Opawica Fault have been targeted for follow-up ground work over the course of the 2020 field season.