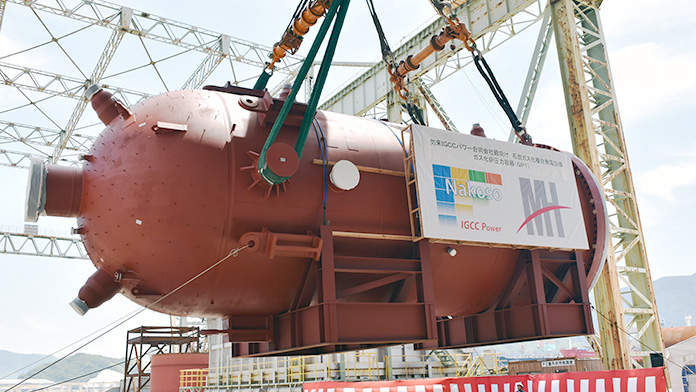 MHPS said it has delivered components of the coal gasification furnace including the pressure container, and is planning to deliver the gasification unit and auxiliary equipment for the power plant in future.

The Coal gasification furnaces’ gasification unit is capable of withstanding high temperatures while the pressure container is designed to maintain high pressure levels.

MHPS said in a statement: “To produce gasification units that accommodate high temperatures and pressure levels, the production system utilizes welding and other technologies nurtured through the production of boilers for conventional coal-fired power generation systems, as well as proprietary technologies such as automated welding machines and ICT systems.”

To shorten construction time, furnaces produced at the new plant will be modularized (integrating gasification equipment and pressure containers), and will then be transported to the construction site for installation.

In IGCC systems, coal is gasified in the gasification furnace and power is generated through a high-efficiency combined cycle that integrates gas and steam turbines.

Scheduled to be commissioned in September 2020, the Nakoso IGCC plant is intended to help drive the redevelopment of industrial infrastructure in Fukushima Prefecture.

The company said: “This project is also important for MHPS to promote the adoption of IGCC-a technology that offers the highest levels of efficiency-as a way of contributing to environmental conservation by advancing low-carbon energy.”