Mitsubishi Hitachi Power Systems (MHPS) has completed construction of the 300MW unit 1 of Jawa-2 natural-gas-fired power generation facility in Indonesia, ahead of schedule. 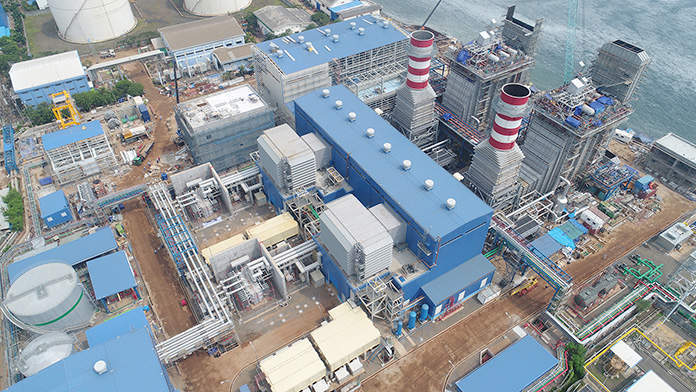 The power plant is being developed by Indonesia’s state owned electricity company PT PLN (Persero) on Jawa Island on the premises of Tanjung Priok Power Plant in central part of Jakarta.

PLN director W S Haryanto said: “We appreciate MHPS’ enormous efforts for this project. We are sure that the strong relationship between PLN and MHPS will continue in the future.

“As a result, the operation of unit 2 as a simple gas turbine and combined cycle operation will also begin as contracted delivery schedule.”

Under the contract, MHPS will provide two M701F gas turbines as well as two exhaust heat recovery boilers, one steam turbine, and auxiliary equipment. Mitsubishi Electric is responsible for the supply of generators.

The GTCC system, which will generate power by gas turbine and by a steam turbine utilizing recovered exhaust heat, is scheduled to commence operations in 2019.

The project is expected to contribute to part the country’s 35,000MW power expansion program to meet its rapidly increasing demand for electric power along with the economic growth.

MHPS said in a statement: “MHPS is aiming to further enhance its presence within Indonesia’s power market.

“Going forward, through the expanded adoption of high-efficiency power generation facilities, the company will continue making robust contributions to promoting effective use of resources and reducing environmental loads on global scale.”

In 2017, MHPS said it has delivered the second M701F gas turbine for the GTCC facility in Indonesia.