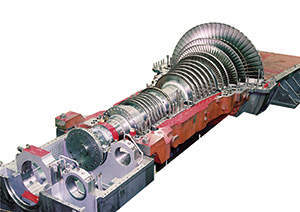 MHPS got the order from South Korea-based Doosan Heavy Industries & Construction, which has been subcontracted by the special purpose company for executing engineering and procurement.

Nghi Son-2, which is being constructed in the Nghi Son Economic Zone, about 200km south of Hanoi, is slated to be completed and enter into operations in 2022. According to MHPS, the new power plant will help to drive the economic growth of Vietnam and boost its global competitiveness.

As per its order, MHPS will also deliver two generators and ancillary equipment for the thermal power project apart from the two high-efficiency steam turbines.

The company, in a statement, said: “Going forward, MHPS will continue to provide thermal power generation systems that respond to Vietnam’s robust power demand through MHPS Representative Office in Hanoi.

Estimated to cost around $2.8bn, the Nghi Son 2 thermal power project is supported by a $560m financing from the Japan Bank for International Cooperation (JBIC), reported Vietnam Investment Review. The power generated from the plant will be bought by Electricity of Vietnam for a period of 25 years.

Earlier this week, MHPS said that it had wrapped up construction of its Unit 2 gas turbine combined cycle system at the Tanjung Priok Power Plant, a natural-gas-fired power plant located on Java Island in Indonesia.

While Unit 1, of nearly 300MW capacity, initially went into operation as a simple gas turbine system in June, Unit 2 has joined it to produce equivalent wattage, said MHPS.