MHIVestas has added a new blade mould at the company’s Isle of Wight factory and its arrival is expected to create 1,100 new jobs and £42m additional economic benefit per year to the regional economy. 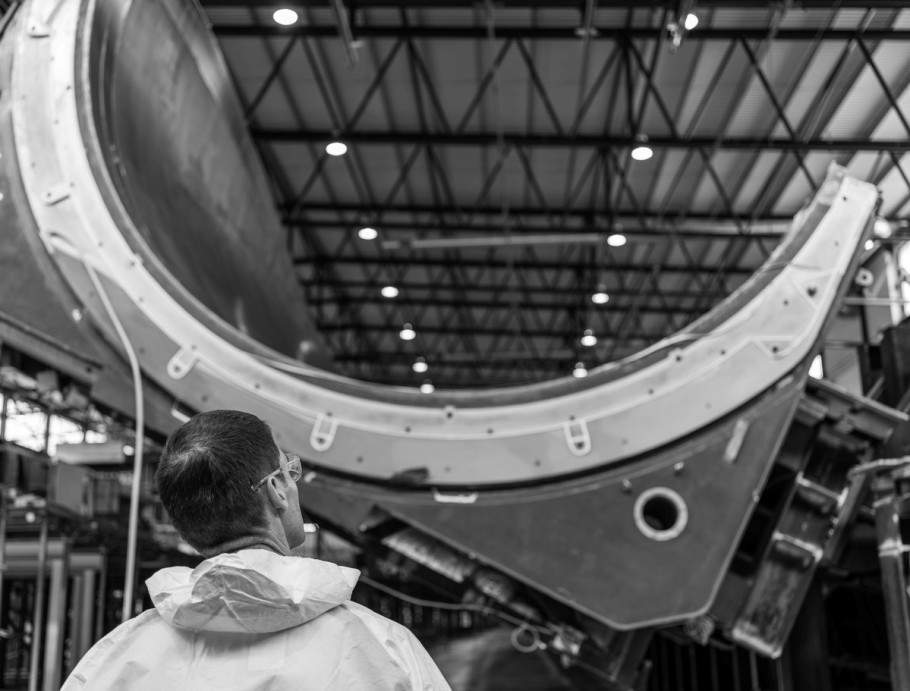 Following the company’s recruitment kick-off on 15th October, MHI Vestas has received its new blade mould on the Isle of Wight as major preparations are now underway to begin production as early as January next year.

The arrival of the mould signals a chief milestone in the company’s manufacturing expansion efforts, which promises to add 1,100 new jobs – direct, indirect, and induced – and £42m per year in added economic benefit to the Solent region once the second mould is fully operational.

Minister for Energy and Clean Growth Claire Perry said: “The UK is the global home of offshore wind, housing the world’s largest offshore wind farm, with over 6% of our home-grown electricity coming from clean wind power. This Offshore Wind Week, MHI Vestas is contributing to this success story, creating hundreds of new skilled jobs and driving regional growth with £42m of additional economic benefit expected. As part of our modern Industrial Strategy we’re putting the finishing touches to our Offshore Wind Sector Deal to create the right business conditions to export this expertise around the world to ensure this sector goes from strength to strength.”

Offshore wind has become one of the UK’s biggest growth industries thanks in part to companies like MHI Vestas which continues to invest heavily as it establishes a world-class manufacturing centre in the South and keeps pace with surging demand.

MHI Vestas Blades vice president, Bo Jensen said: “This expansion effort is one of the most ambitious blade initiatives we have ever undertaken. In close cooperation with the Isle of Wight Council, Isle of Wight College and Solent Local Enterprise Partnership, our training and certification programs are paving the way for the next generation of offshore wind specialists.

“This development of green energy manufacturing skills will not only benefit MHI Vestas but will also serve to elevate the regional composites industry as well.”

MHI Vestas UK country manager Julian Brown said: “Among all the uncertainty these days, it’s quite a remarkable image: a massive blade mould comes into the UK with hundreds of new employees readying themselves for years of serial production. It’s offshore wind at its finest, actually – large-scale manufacturing, sustainable jobs, considerable economic benefit to local communities, and a green energy source driving the UK toward a carbon-free future.”

Isle of Wight MP Bob Seely said: “This expansion is great news and will back long term economic growth on the Island for years to come.  MHI Vestas is already creating hundreds of skilled, long term manufacturing jobs at West Medina Mills.  There will also be hundreds of new jobs in local businesses to support the expansion, putting the Island and the wider Solent region at the heart of the rapidly growing global offshore wind industry.”

An economic impact analysis conducted by BVG Associates has concluded that, in addition to the 380 new direct jobs at the Isle of Wight blade factory and paint and logistics facility at Fawley, an additional 720 indirect and induced jobs will be added as a result of the company’s expansion effort. The same analysis concluded that the total economic impact would be £42m additional value-add per year to the regional economy when the second mould is fully operational.

The company’s announcement comes as the UK kicks off its annual Offshore Wind Week, highlighting the industry’s accomplishments and expected future impact. Notably, the sector is poised to grow exponentially as the UK expects to get a third of its electricity from offshore wind by 2030, putting offshore wind in position to be the backbone of a clean, reliable, affordable energy system.