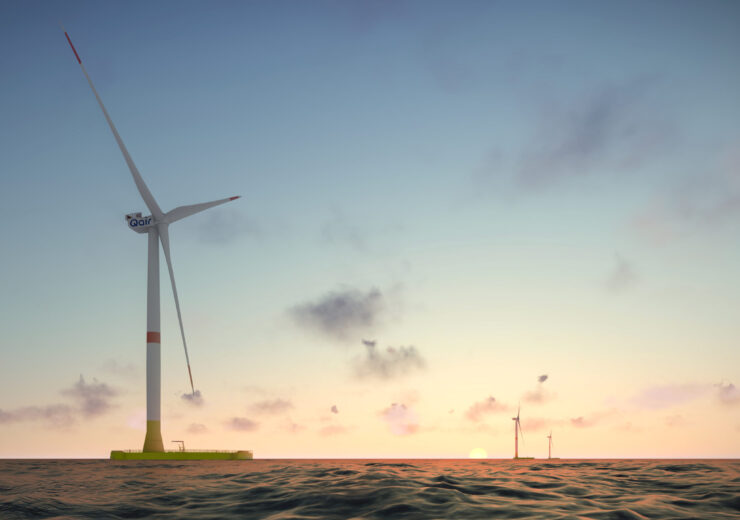 MHI Vestas turbines are planned to be installed on Ideol’s foundation for the project. (Credit: MHI Vestas Offshore Wind A/S.)

MHI Vestas Offshore Wind (MHI Vestas) has been selected as the preferred wind turbine supplier for the EolMed floating offshore wind farm to be located off the coast of France in the Mediterranean Sea.

Qair (formerly known as Quadran Énergies Marines) has selected the turbine-maker to supply three of its V164-10.0 MW turbines for the pilot project.

EolMed will be the second floating project where the V164 turbine model offers a nominal capacity of 10MW.

MHI Vestas CEO Philippe Kavafyan said: “In signing with our partner Qair, MHI Vestas confirms its commitment and leadership in floating offshore wind to the surging French floating market. The EolMed project adds a significant building block as we will deploy our V164-10.0 MW turbine atop Ideol’s floating barge foundation.

“This collaboration with Qair and Ideol will undoubtedly help accelerate the floating sector from demonstration to commercial-scale projects.”

MHI Vestas turbines to be installed on Ideol’s foundation

Expected to come online in 2023, the EolMed floating wind project will be located about 18km off the coast of Gruissan in the Aude region.

The turbines to be supplied by MHI Vestas are planned to be installed on Ideol’s foundation for the project.

EolMed is one of the four floating offshore project farms awarded in 2016 by the French state.

Qair CEO Louis Blanchard said: “MHI Vestas is an undisputed leader in the offshore wind industry, and we are happy that they join us now to work for the EolMed project. At Qair, as a producer of energy from renewable sources, we are committed to accelerate the global energy transition.

“We have no doubt that having MHI Vestas as a preferred wind turbine supplier for EolMed will help to bring this exciting and ambitious project to life.”