MHI Vestas blade materials to be sourced in Taiwan 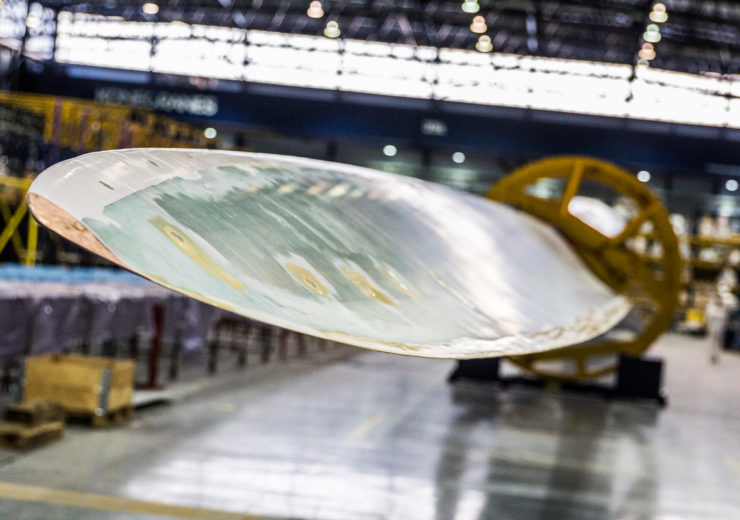 In another step forward for MHI Vestas’ industry-leading localisation plans in Taiwan, the company has confirmed a purchase agreement with Swancor to source several key blade manufacturing components locally. This contract strengthens Swancor’s presence in the offshore wind sector, and will deliver substantial value to the Taiwanese economy through knowledge sharing, jobs and direct investment.

The scope of the Swancor contract goes substantially beyond local requirements for blade materials and covers a significant percentage of the direct materials value of overall blade manufacturing (including pultruded carbon plates, resin, and bonding glue).

This is the second purchase agreement signed by MHI Vestas related to blade production in Taiwan, following selection of Tien Li Offshore Wind Technology Co., Ltd. to manufacture blades in a new facility to be built near Taichung Harbour.

“The addition of Swancor to our local suppliers is a significant boost to our ambitions in Taiwan,” said Taiwan Business Director, Maida Zahirovic. “The local supply chain is currently under development in Taiwan, and we are pleased to support an established group such as Swancor broaden their presence in the offshore wind sector. We look forward to working together to create long-term Taiwanese jobs.”

MHI Vestas has been awarded firm contracts for the Changfang and Xidao projects developed by CIP (total combined capacity of 589 MW), as well as preferred supplier status for the 300 MW Zhong Neng project developed by CSC and CIP.

CIP Changfang and Xidao Projects’ Chief Development Officer Marina Hsu noted, “Since 2018 we have been working closely with MHI Vestas on localisation for blades. Apart from resin, a required item by Taiwan’s localisation policy, the contract between Swancor and MHI Vestas also additionally includes the supply of carbon tow, carbon pultrusion, and bonding glue. The active effort from MHI Vestas and CIP greatly enhances the value of a local blade supply chain. Now with Tien Li and Swancor, the right supply set up for blade manufacturing is in place. CIP is looking forward to receiving the first local fabricated offshore blade in Taiwan for its Changfang and Xidao projects.”

This contract will support up to 570 jobs [1] in blade material provision to Taiwan between 2020 and 2025. Additionally, up to NT$850m in economic value (gross value added) will be added to the Taiwanese economy from blade material production and induced value.[2]

MHI Vestas, along with CIP, is committed to delivering value to Taiwan across all components of turbine manufacturing. Beyond recent progress on blades and blade materials, MHI Vestas has also signed contracts in Taiwan for switchgear, cables, tower production and castings.