Metgasco has entered into agreement with Byron Energy to farm-in to the South Marsh Island 74 project in the Gulf of Mexico. 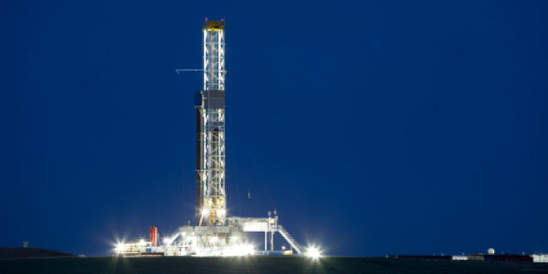 Image: Metgasco is participating in SM-74 to a working interest of 30%. Photo courtesy of Metgasco.

Metgasco is participating in SM-74 to a working interest (WI) of 30% via funding 40% of the cost of the Initial Test Well (ITW or “the well”) to casing point and certain leasehold acquisition costs. The well will be drilled in mid October 2018, subject to rig availability. ITW drilling costs are estimated at USD $11 million, of which Metgasco’s expenditure is budgeted at USD $4.4 million.

The SM74 D-14 well is proposed to be drilled from an existing platform via a Platform Use Agreement negotiated by the Operator (and currently at executed Letter of Intent stage) with the operator of South Marsh Island block 73 (SM-73). This agreement, along with a Production Handling Agreement in anticipation of well success and prospective production from the SM-74 D-14 well, will have the effect of significantly improving the economics of both drilling and development of the project. The Operator estimates that this advantageous arrangement may save as much as USD $20 million and 12-15 months of development time in relation to the project, compared to the alternative of constructing a standalone production facility on the block.

Details of the Initial Test Well:

The SM74 D-14 well will be operated by Byron and is intended to be directionally drilled from the SM73 D platform to a total target depth of 16,464 feet MD (14,741 TVD). The well is designed to test three stacked seismic amplitude supported targets that have been identified by Byron through Reverse Time Migration (“RTM”) seismic data, through the same generation process used to make Byron’s nearby discovery at South Marsh Island 71 (commercialisation of which was partly funded by Metgasco’s secured note facility in 2016).

Collarini and Associates, Byron’s third party reserve certifiers, have attributed a gross combined reserve potential over the three target sands of 5.2 million barrels of oil and 13 Bcf of gas.

Metgasco’s Executive Chairman Alex Lang commented: “Metgasco is pleased to extend its already highly successful relationship with Byron Energy via farm-in to this high quality prospect. We congratulate Byron on the successful negotiation of a highly advantageous drilling access and production development arrangement which has the potential to materially enhance the project’s economics”.

Lang further commented: “Metgasco will continue, as it has done recently in respect of Bivouac Peak and now South Marsh Island 74, make prudent and appropriately-sized investments in energy exploration assets, where these represent a compelling risk/return proposition and are in accordance with our recently announced corporate strategy.

Success at either of these exciting near term drilling prospects has the potential to be transformative for Metgasco and further enhance the Company’s robust financial position while it advances both its Australian assets and reviews further opportunities for growth.”