Meridian Energy Group has announced that the North Dakota Department of Health (NDDoH) – Air Quality Division has issued the Permit to Construct (PTC) for the Davis Refinery. 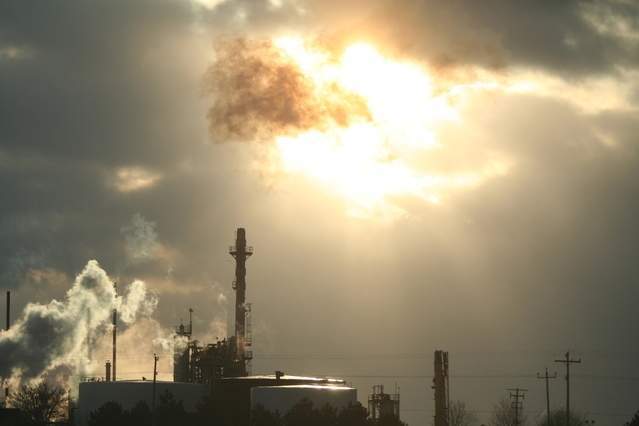 The issuance of the PTC by the NDDoH comes 18 months after the initial application was filed by Meridian and is based on a thorough review of the Davis Refinery application documents, and a full 3-month review of comments received during a 45-day public comment period.

This marks the first time that a full-conversion refinery of this size and complexity has been reviewed and approved as a Synthetic Minor Source. Securing this classification reflects Meridian’s innovative design, and dedication to attain the lowest achievable emission rates ever seen in a full-conversion oil refinery. Now that the final PTC has been issued, Meridian will proceed with detailed design, engineering, procurement and construction of the Davis Refinery.

“The Meridian leadership team’s commitment to the lowest achievable emission rate technology was consistent throughout the process, says Dan Hedrington, Senior Project Manager for the Davis Refinery, “The confirming review by the NDDoH was the most thorough review I’ve been involved with in my career.”

“We fully appreciate the thorough and meticulous review performed by the NDDoH, which held us accountable at every phase of the review process,” says Meridian CEO William Prentice. “Meridian’s design efforts, which included modifications and improvements made as a result of their rigorous review, have ensured that the Davis Refinery will operate in full compliance with the law, and in a manner that is responsive to the concerns of the local community. The Davis Refinery will indeed be the cleanest refinery on the planet when completed.”

Prentice then added, “Publication of this final permit validates the enormous amount of work performed by the entire team and the Davis PTC also represents the culmination of the tireless efforts of the NDDoH staff. Meridian and its team utilized the current limits of technical innovation throughout this process, and never stopped seeking opportunities to make the Davis Refinery as clean as it could possibly be. We hope Davis becomes the new blueprint for all refinery projects that follow it.”

Miguel Bocco Jr., CEO and Chairman of the Board of the Vepica Group, environmental engineer for the Davis Refinery, “Meridian was always clear in wanting Davis to be the cleanest and greenest refinery on earth, and Vepica, from day one, took this directive very seriously. Over two years of hard work and an exhaustive and comprehensive review have brought us to this day. We appreciate the questions provided by the NDDoH and the public during the review process; they challenged us to look thoroughly into all the proven emissions controls solutions available, to preserve the Class I air quality standards within the Theodore Roosevelt National Park.