The production startup at the Freeport LNG project represents a precursor to the first cargo, which is scheduled later this month 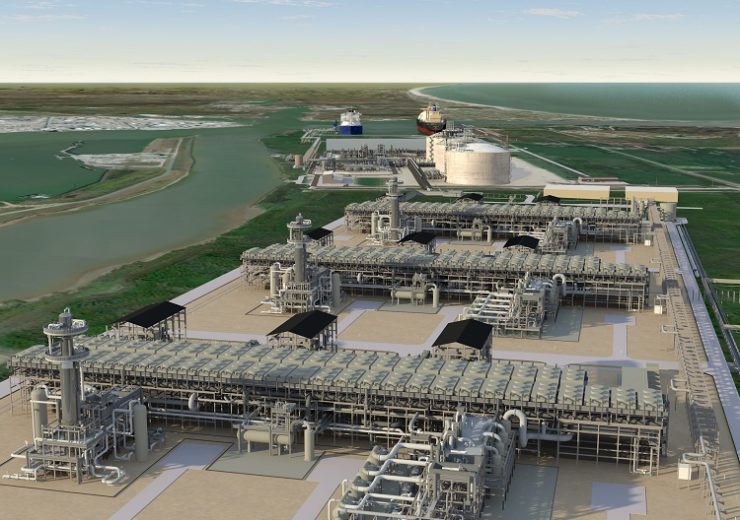 Image: A Model image of the Freeport LNG project in the US. Photo: courtesy of Freeport LNG Development, L.P.

McDermott International in partnership with Chiyoda International and Zachry Group has commenced production from the train 1 of the Freeport LNG project on Quintana Island in Freeport, Texas, in the US.

The start of production at the LNG project represents a precursor to the first cargo, which is scheduled later this month.

The Freeport LNG project will have four trains with a combined capacity of more than 20 million tonnes per annum (mtpa).

McDermott North, Central and South America senior vice-president Mark Coscio said: “When a facility starts producing a product, it is always a notable achievement, especially for large-scale projects, such as Freeport LNG.”

In 2011, Zachry Group partnered with McDermot for the pre-FEED of the LNG project. The firms later worked on providing FEED works to support its early development stage of train 1 and 2 of the project.

Later, Chiyoda joined the venture to provide provided engineering, procurement and facility construction as well as commissioning and initial operations for train 3 of the project.

The second and third trains of the project are expected to be placed into service by mid-2020.

The LNG export project, which will also have a second loading berth and a 165,000m3 full containment LNG storage tank, is being built near the existing Freeport LNG Regasification Terminal.

Prior to the start of production, McDermott and its partners have introduced feed gas into the first liquefaction train of the Freeport LNG export project, marking the final commissioning stage of the first train.

In May 2019, the US Department of Energy (DOE) approved the proposed fourth liquefaction train of the Freeport LNG export project to export domestically produced natural gas to non-free trade agreement (non-FTA) countries.

The fourth train of the LNG export project is slated to commence operations in 2023 with KBR named as the preferred bidder to provide the engineering, procurement, construction, and commissioning services.