McDermott to dispose of storage tank and US pipe fabrication businesses

McDermott International, an American EPCI company, has decided to divest its storage tank business and the US pipe fabrication business following a strategic review of its portfolio as part of an integration process resulting from its merger with CB&I earlier in 2018. 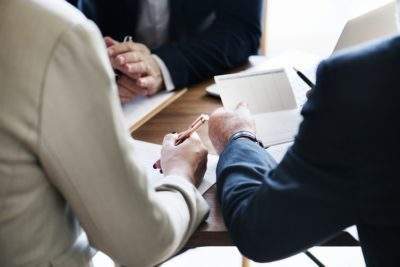 Image: McDermott to dispose of storage tank and US pipe fabrication businesses. Photo courtesy of rawpixel on Unsplash.

The company has reaffirmed its commitment to its core capabilities as a vertically integrated provider of technology-led onshore and offshore EPC/EPCI services.

During the review, the company has determined that the storage tank and the pipe fabrication businesses are not core to its long-term strategic objectives.

It said that these operations offer limited pull-through or cross-selling opportunities and the ability to pursue third-party work aggressively can be hindered by internal considerations. Therefore, McDermott is drawing up plans to seek buyers for the two businesses.

McDermott president and CEO David Dickson said: “These operations continue to perform well and offer competitive differentiation on a standalone basis in their respective markets, particularly global LNG and US petrochemicals.

“The tank business in particular is known as a world leader in its served markets. Our intent would be to seek the kinds of owners who would value the significant long-term growth potential of each business and who would thus provide attractive prospects for employees and customers.”

McDermott plans to sell the two businesses separately, which had combined revenues of $1.5bn, backlog of $1.4bn and 5,350 employees in 2017.

The company expects to notch up more than $1bn through the transaction, which is expected to be completed in 2019.

McDermott expects to use the proceeds to reduce the debt under its $2.25bn term loan.

Dickson said: “Our joint bid with Saipem will feature optimized execution strategies that result in increased certainty on schedule and cost as compared to other LNG projects on the US Gulf Coast.

“Pursuant to NextDecade’s competitive process, we plan to submit our joint EPC proposal in the second quarter of 2019.”

Previously, NextDecade had said that it expects to achieve a final investment decision on the project in the third quarter of 2019.