The agreement will further align the interests of all parties about the safe, timely completion of the LNG project’s first phase 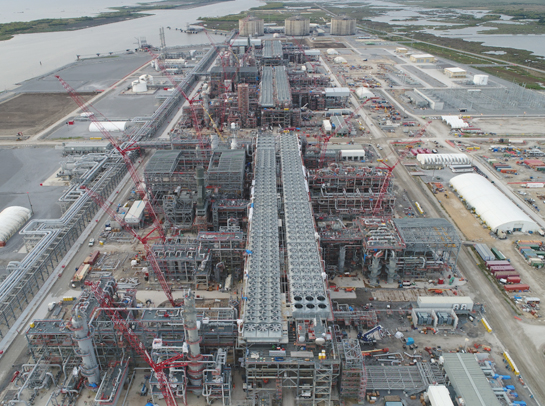 McDermott International and Chiyoda International are set to get an additional performance-based payments based on certain milestones of the Cameron LNG project in Louisiana from Sempra Energy.

The two companies, through a joint venture called CCJV, are the engineering, procurement and construction contractors for phase 1 of the LNG export project in Hackberry, which is being built with an investment of $10bn (£7.98bn). Phase 1 of the LNG export project will feature three liquefaction trains having a total export capacity of nearly 12 million tonnes per annum (Mtpa) of liquefied natural gas (LNG).

What the agreement means for the Cameron LNG project

The performance-based payments will be related to the construction and commissioning schedule of the project. Sempra Energy said that the agreement it has made in this connection with the McDermott and Chiyoda, will further align the interests of all parties regarding the safe, timely completion of the project’s first phase.

The agreement will give the EPC contractor the scope for incentive bonus payments for reaching construction and commissioning milestones on specified dates for the second and third trains. It is also expected to align the start dates for any schedule-related liquidated damages to be on par with the current schedule.

Furthermore, the agreement fully aligns and strengthens CCJV’s commitment to wrap up the Cameron LNG project as per the current schedule, said McDermott.

“We are extremely pleased with the agreement, which is a testament to the progress and the strong performance of our project team. It was crafted with the full support and collaboration of Cameron LNG to optimize the timing and cost-effectiveness of the remaining work – and it does so in a way that we believe will benefit all involved parties.”

Last month, Sempra Energy and its partners shipped the first commissioning cargo of LNG from the first liquefaction train of Cameron LNG project. The milestone is said to be a precursor to completion of train 1, while the second and third trains are expected to begin production in the first quarter 2020 and second quarter 2020, respectively.

Sempra Energy, in a statement, said: “We believe it is reasonable to expect that the overall economics of Cameron LNG will not significantly change as a result of this agreement. Sempra Energy’s projected share of full-year run-rate earnings from the first three trains at Cameron LNG continues to range between $400 million and $450 million annually.”