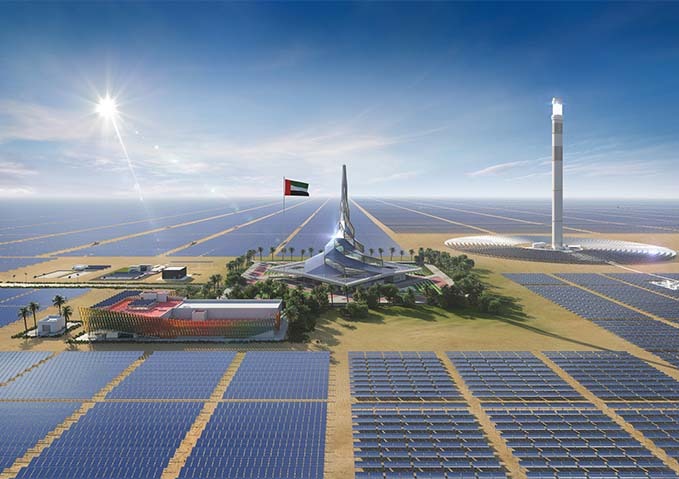 The MBR Solar Park, which is being developed in phases, aims to have a power generation capacity of 1GW by 2020, and 5GW by 2030.

DEWA, which is looking for interested developers to build and operate the fifth phase of the solar park, said that the latest phase will utilize photovoltaic solar panels based on the Independent Power Project (IPP) model.

The utility expects the fifth stage of the MBR Solar Park to be placed into operations in stages starting from the second quarter of 2021. Further, DEWA anticipates the move to back the Dubai Clean Energy Strategy 2050 of providing 75% of the total power output in Dubai from clean energy.

DEWA MD and CEO Saeed Mohammed Al Tayer said: “We are committed to completing the phases of the Mohammed bin Rashid Al Maktoum Solar Park to the highest international standards with the latest solar power technologies. “

“This supports the vision of His Highness Sheikh Mohammed bin Rashid Al Maktoum, Vice President and Prime Minister of the UAE and Ruler of Dubai, the Eight Principles of Governance in Dubai, and the 50-Year-Charter, which His Highness issued. This ensures energy supplies to meet growing demand in Dubai and enhance the shift toward green economy by increasing its share of clean energy.”

The first phase of the MBR Solar Park comprises 13MW photovoltaic solar panels, which have been in operations since 2013. In the second phase, 200MW of solar photovoltaic panels were put into operations in March 2017.

The third phase, which involves installation of 800MW of solar photovoltaic capacity, is scheduled to be commissioned by 2020.

The fourth phase of the MBR Solar Park will see the installation of an AED16bn ($4.36bn) worth Concentrated Solar Power (CSP) project based on the IPP model.

The 950MW hybrid power plant, which is part of the fourth phase, will comprise 600MW power generation from a parabolic basin complex, 100MW from a solar tower, and 250MW from solar photovoltaic panels.

Some of the salient features of the CSP project are a 260m long solar tower and a thermal storage capacity of 15 hours.