Masdar stated that it explore collaboration for 200MW of solar photovoltaics, 200MW of onshore wind and 100MW of floating solar in the country 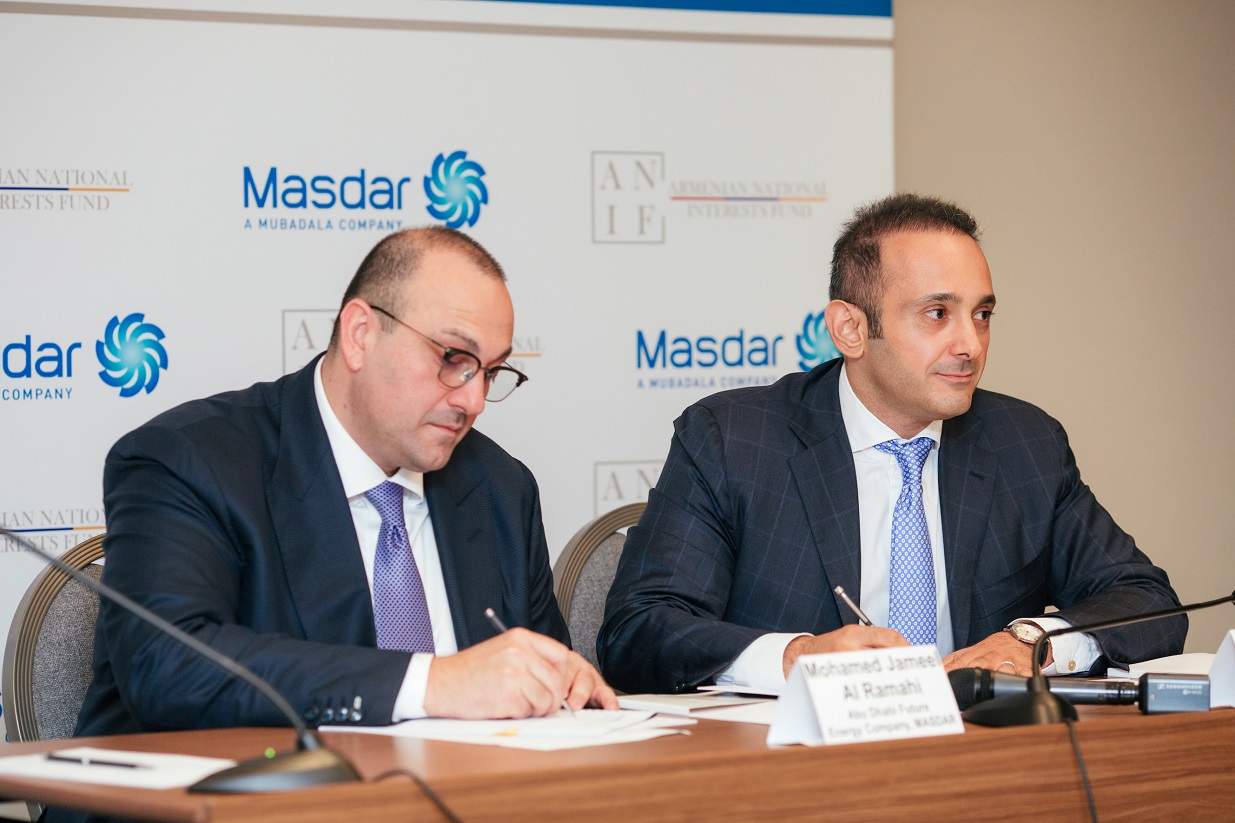 Image: Masdar and ANIF officials at the MOU signing. Photo: Courtesy of MASDAR.

Abu Dhabi Future Energy Company (Masdar) has signed a memorandum of understanding (MOU) with Armenian National Interests Fund (ANIF) for the development of 500MW of renewable projects in Armenia.

As per the MOU, Masdar stated that it explore collaboration for 200MW of solar photovoltaics, 200MW of onshore wind and 100MW of floating solar in the country.

Currently, Armenia produces a considerable amount of hydroelectric power and it is said that several of the lakes and rivers in the country are suited for floating solar plants.

The average wind speeds in the country also reach up to 8.5m/s and above, making it ideal for wind development. Besides, Armenia receives an estimated 1,720 kWh of solar energy per square metre, compared to an average of 1,000kWh per square metre in Europe.

Masdar CEO Mohamed Jameel Al Ramahi said: “As the fastest growing economy in the Eurasian Economic Union, backed by an increasingly open and supportive regulatory environment, Armenia is a promising location for investment in both solar and wind energy.”

“At Masdar, as the renewable energy company of both Abu Dhabi and Mubadala Investment Company, we are excited to have this opportunity to further strengthen the relationship between Armenia and the UAE, and to share with our hosts our 13 years of experience delivering renewable energy projects around the world.”

Armenia aims to generate at least 26% of its domestic power from renewable resources by 2025 and hopes to curtail its carbon emissions at 633 million metric tonnes of CO2 equivalent between 2015 and 2050, according to Bloomberg New Energy Finance.

Armenian National Interests Fund official David Papazian said: “This agreement is the first of many on a government-to-government level between the UAE and Armenia. Mr Al Ramahi and his team are not only our guests; we are giving them a home away from home in Armenia, as we have to His Excellency Ahmad Al Sayegh, Minister of State to the UAE.”

“Since elevating the relationship between the UAE and Armenia in January, it is symbolic that our first investment agreement is about renewables. Whilst there has been a long-standing diplomatic relationship, this Armenian government is intent on renewing and deepening its ties with our friends in the UAE. This agreement is a testament to our joint commitment to carry out this ambition.”