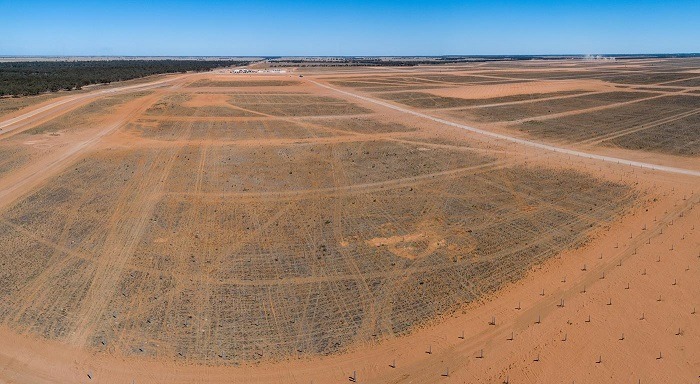 Image: The Sunraysia Solar Farm is scheduled to be completed in December 2019. Photo: courtesy of Maoneng Group.

The Sunraysia Solar Farm, which is being built near Balranald, is scheduled for completion in December 2019. Upon its commissioning, the solar photovoltaic (PV) farm is expected to produce nearly 529GWh of electricity per year to meet the power consumption needs of up to 50,000 households while offsetting nearly 430,000 tons of CO2.

The Sunraysia Solar Farm is backed by power purchase agreements signed with the University of New South Wales and AGL Energy for a period of more than 15 years.

The solar power plant will be equipped with more than 755,000 solar panels, which will be mounted onto Single Axis Tracking tubes. US-based NEXTracker is supplying its smart solar tracker, NX Horizon, for the solar farm, under a contract signed with the project’s EPC contractor Decmil in November 2018.

Decmil was awarded an A$277m ($197m) engineering, procurement and construction (EPC) contract in October 2018. The company, which will engage 350-400 people for the construction work, will also take up the solar farm’s operations and maintenance after it is placed into operations.

Maoneng Australia reached a financial close on the project in October 2018 after entering into a long-term equity partnership with John Laing to cover the investment and development costs. Additionally, the Sunraysia Solar Farm secured debt financing from Nord, ING, Mizuho, Bank of China and National Australia Bank (NAB).

The solar power project will also see installation of more than 4,000km of cables and 100,000 piles over a development footprint of up to 800 hectares.

It will be connected to a 33/220kV substation co-located on the project site from where the generated power is transmitted to the Transgrid 220kV Balranald Substation and further transferred towards Buronga/VIC or Darlington Point/NSW.

As part of the project works, nearly 400km of new Dark Fibre will be installed between the Buronga and Darlington Point substations to boost communication and control of the solar farm.